In October 2018, the Intergovernmental Panel on Climate Change (IPCC) issued an important report about how dire the consequences of climate change are becoming, and how fast we need to move to avoid the worst. 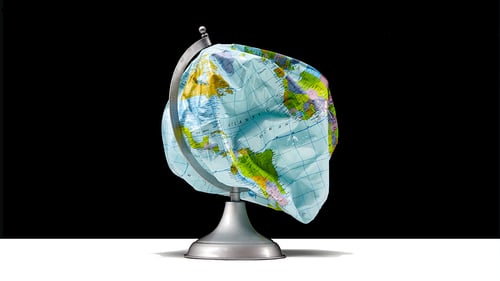 The report’s beginnings trace back to 2009, when the annual UN global climate conference resulted in an agreement that the world should hold warming to 2.0°C (3.8°F) — a level that seemed politically feasible, but still leads to vast damage, including the death of all coral; even more deadly storms and heat; and rising oceans covering low-lying island nations and major coastal areas. By the time of the Paris climate meeting in 2015, which resulted in the more robust global agreement now supported by every country in the world except the United States, it was clear that we needed to consider a more ambitious target, 1.5°C (2.7°F). The UN then asked the IPCC to study what it would take to achieve that goal.

This week, the report came back, and it’s not pretty. The scientists put out a helpful document with FAQs, but in short, the primary takeaways are these:

Keep in mind that this would need to happen as the world most likely adds a couple billion people, with a billion or more entering the middle class. We will need to produce a lot more stuff to feed, house, clothe, and entertain everyone, but with drastically lower emissions.

So, what should companies take away from this latest warning? What should they do?

First, companies must accelerate ongoing efforts to decarbonize their businesses. The list of actions companies take is well-developed and documented, and most large companies do the following:

These actions are becoming the norm because they’re just good business. But what this new report is saying, loud and clear, is that it’s not enough. With a few exceptions, most companies are only doing the things that pay off in traditional return-on-investment terms — for example, when solar and wind get cheap enough, they buy it. Really sticking to the latest science, however, requires an accelerating pace of carbon reduction.

So, let me suggest four somewhat uncomfortable actions that companies must take to truly shake things up and accelerate climate action.

Lobby for aggressive pro-climate policies at all levels of government. Today, most companies use their significant lobbying influence (on their own and through trade groups) to fight regulations and defang government. But that has to change in the face of this crisis. The first priority — which the IPCC makes clear — is to put a price on carbon. Companies must lobby for escalating prices on carbon everywhere.

In parallel, the way companies approach all regulation should shift. Consider the example of the U.S. auto industry. As soon as the 2016 election was over, an auto industry group asked the new administration to give them some more wiggle room on aggressive fuel efficiency standards established by the Obama administration. The current administration gave the auto companies way more than they wanted and froze the fuel efficiency levels. It puts companies in a weird position where they want to make improvements, but have no regulatory pressure that moves the whole sector upward.

To learn more about this topic, please join Green Builder Media at the Sustainability Symposium 2020: Improving the Human Condition on January 20 in Las Vegas.

But imagine if auto companies approached the issue not through a lens of “how do we structure regulations to help us?” but through a lens that recognizes an urgent global climate crisis. They could say to government, “We need much higher fleet efficiency to help the world hold warming to 1.5 degrees. But we’re having some trouble selling the mix of cars that would get us there (people are buying too many big vehicles). What policies can we put in place to make it much more attractive for buyers to get the EVs and smaller cars? Can the government help build the charging infrastructure? Provide aggressive tax breaks for EVs and good incentives for trading in older cars? Can we invest in public-private R&D to bring the cost of batteries down even faster? Could the government commit to buying EVs in all of its fleet? Or, even more radical, how can we work together to greatly increase the availability of all public mobility and transport?”

But even if companies come to the table with an outside-in, climate-change-first approach to their policy goals, a conversation requires two sides. So, to go even further, companies need to also consider who they support for political office. Candidates that don’t advocate for action on climate are not allies, no matter what other issues they support.

Publicly and loudly support truth, science, and scientists. In the era of claims of “fake news,” and attacks on science, companies must help support a key pillar of a working democracy and economy. Most companies let it be known clearly that racism or sexism is unacceptable — why not send a similar message to employees and suppliers about anti-science behavior? They could also support efforts like Let Science Speak and call out government or any institutions that reduce the role of science in policy and decision-making.

Use all available platforms to engage consumers. Within companies, the level of internal conversation about sustainability and climate change is rising. But how many big brands use their advertising, social media, or their packaging to talk directly to consumers about climate change? Besides a few messages around Earth Day, not many. It’s time to break some taboos on what mainstream companies can talk about; they can and should encourage consumers to make better day-to-day choices that reduce their footprint.

Rethink investment decisions and heavily bias them toward carbon reduction. This could mean different things depending on the business, but we have to release ourselves from the arbitrary two-year hurdle rates and capital return ratios that hamstring more aggressive action. Solar and wind power are becoming easy investments, but there are always new efficiency techs that may not be “in the money” yet, like on-site power storage. And what if companies and governments retired some energy-hogging assets before their asset life was up?

In the end, governments and companies have a basic choice: One, move very quickly with large-scale investment in deep transitions across all sectors of the economy, investing trillions to reduce energy costs, improve health, and avoid many other risks. Or two, ignore these warnings and decarbonize the economy at the pace of change that simple-ROI economics allow, not retiring any existing assets early, and transitioning technologies at the pace they would naturally shift under normal market conditions.

Pathway two is what we’re doing now, and it sounds so tranquil and market-based. But it has one heck of kicker: that path will require spending some indeterminate future amount, and soon, on greater levels of adaptation, on resettling people away from coasts, on reduced health, and on managing extreme weather impacts on our communities and supply chains. Pathway two also likely takes us beyond the 2.0°C mark, leading to the non-trivial chance that the world will become uninhabitable by humans.

None of this is easy, but the IPCC report shows we’re truly out of time now. We’re not talking about theoretical models on a computer, but larger versions of the weather horrors we’re already seeing around the world. Business can take the lead here. It has the tools, resources, and the responsibility to help make this rapid transition happen. The improvement in long-run economics and human well-being is more than worth the effort.

Andrew Winston is the author, most recently, of The Big Pivot. He is also the co-author of the best-seller Green to Gold and the author of Green Recovery. He advises some of the world’s leading companies on how they can navigate and profit from environmental and social challenges. Follow him on Twitter @AndrewWinston.