A recent study by the National Academy of Sciences shows that sea levels are rising at the fastest rate in 3,000 years due to man-made global warming. What does that mean for our future?

IN A STUDY released last week by the National Academy of Sciences, scientists from across the globe collaborated to measure geological sea-level indicators from marshes, coral atolls, and archaeological sites around the world.

The study’s lead researcher, Robert Kopp, a climate scientist and historian at Rutgers University, and his colleagues explored sea level rise in the context of the past 3,000 years, focusing primarily on the “Greenhouse Century”—the 100 years since the beginning of the Industrial Revolution in which the burning of fossil fuels effectively changed the mix of carbon dioxide in the atmosphere and increased the planet’s temperature. 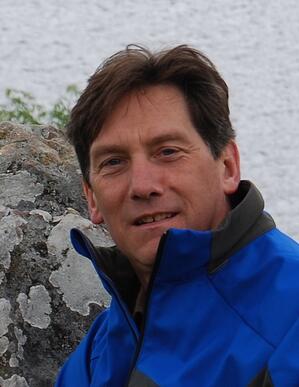 Green Builder Media engaged in a compelling discussion with Dr. James White, Professor at the University of Colorado, Boulder, where he discussed climate change and in particular, sea levels rising. He addressed the basic physics behind both climate change and sea level changes as well as what the past tells us we are likely to see in the coming decades and beyond.

The scientists found that global sea levels, which had stayed relatively steady since the Bronze Age, have increased by an order of magnitude because of the burning of fossil fuels and the production of heat-trapping greenhouse gasses, which are causing ice sheets to melt at alarming rates.

Scientists reported that without the burning of fossil fuels and polluting human activity, seal levels would likely be rising as a part of the natural planetary cycle, but at less than half the current rate (some models even showed that sea levels would be falling absent of human-caused emissions.)

The burning question is how rising sea levels will affect coastal communities. Parts of Florida, New York, South Carolina, Louisiana, and Virginia experience flooding today simply when the tide is high, and damage from super storms and storm surges have plagued low lying communities with a series of catastrophes.

While the ongoing “nuisance floods” may be more annoying than a life-threatening—killing lawns and trees, blocking streets, and polluting freshwater supplies—the research suggests that such events are just the harbinger of what’s to come, and that we should prepare for a battering wave of “king tides”.

Experts at the National Academy of Sciences predict that global sea levels could increase by up to four feet by 2100, growing far worse over the next century, forcing the abandonment of coastal cities across the globe.

Researchers say that the purpose of the studies is to provide city planners with practical information about how their communities will be affected by sea level rise so that they can prepare accordingly.

We’re already seeing cities in Scandinavia respond innovatively and proactively to rising sea levels by creating parks that can retain storm water when necessary and buildings that can rise and fall with the tide. We’ll see if leaders in the U.S. and across the globe have the foresight to follow suit.