Mechanical equipment tradeoffs were removed in 2009, but certain parties have been trying to put them back into the code ever since. And here’s how HERS fits in.

By Mike Collignon and Bill Fay

The big story of the 2015 International Code Council (ICC) final action hearings was the International Energy Conservation Code (IECC) proceedings. Because they started half a day behind schedule, due to prolonged residential building code debates, there was a sense of haste over the remainder of the hearings to try and get back on schedule. (Eleven different codes were discussed, and the entire process needed to conclude by 12pm ET on Thursday, October 10th.) 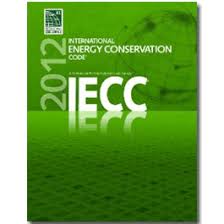 Also, a little history is in order: for over two decades, homebuilders were able to hold triennial residential efficiency gains in the energy codes to extremely modest 1% or 2% levels. However, the tables turned when energy efficiency advocates were able to win an 11% gain in the 2009 IECC and a 21% gain in the 2012 IECC (according to DOE). Because of these significant increases in the past 2 code cycles, homebuilder advocates have been trying to minimize any further progress.

Knowing that, there was an understandable undercurrent of contention during the entire residential energy code process. The most contested proposal involved mechanical equipment tradeoffs. If it passed, it would allow builders to "trade off" building envelope measures for installing higher than minimum efficiency equipment. The inherent problem with this tradeoff is that builders are already installing higher (than minimum) efficiency equipment, due to widespread marketplace availability and outdated DOE standards. A tradeoff, which was removed from the code in 2009 and kept out in 2012, would have given homebuilders an efficiency credit that they could then use to reduce insulation or window efficiency below code minimum. Energy efficiency advocates viewed this as a major loophole and set their sights on defeating it. The stakes were high, as so much pivoted on that vote (hereafter referred to as RE166, the proposal’s assigned number). Many people were in town largely for that debate, and as a result, many other proposals experienced long discussions as energy efficiency advocates squared off against homebuilders.

Discussion on RE166 started around 9:05am ET. The debate lasted 2 hours.

The builders, and a couple code officials, spoke first, and there were more people on their side of the podium than any other side of any other proposal. For the less experienced, it could have been viewed as intimidating. They had 26 witnesses, but their testimony centered on four themes:

Twenty-five energy efficiency advocates, and a couple code officials, responded. They countered with statements from all angles, offering anarray of perspectives on the benefits of building efficiency, the flaws of roll-back proposals, and who will be hurt most. Testimony included:

After a 2-hour debate, the code officials in the hearing room voted 79-49 in favor of keeping the tradeoffs out of the code for a 3rd consecutive code cycle.

The other major story of the residential energy code was the energy rating index (ERI) alternative compliance path proposal, also known as RE188. Here is a summary of the proposal from one of the proponents, Meg Waltner of NRDC:

This debate took an hour to get through, and it was mostly because it had 6 public comments on it. Three comments made a minor tweak to the original proposal, which was already approved by the hearing committee. The other three comments were for disapproval.

This proposal’s debate featured something not often seen at code hearings. Depending on the details of the public comment being debated, sometimes witnesses would switch sides of the debate. There were times when energy efficiency advocates were speaking against the measure, and homebuilders speaking in favor of it. Other times, the two groups reversed sides.

Ultimately, the voting body wanted the original proposal, so that’s what passed. The voting result was 70% in favor, easily exceeding the 50% needed.

Here are the pertinent details on the new compliance path:

A builder can use a HERS rating to comply with the 2015 IECC. The adopted new performance path also requires that a builder must meet the mandatory envelope requirements of the 2009 IECC.

The ERI scores that were adopted (by climate zone) in the 2015 IECC are:

In the end, the code mostly stayed the same in regards to energy efficiency. The new compliance path created through RE188 does give homebuilders a more flexible way to achieve energy efficiency, and in a format that is familiar to many. Fortunately, it maintains the spirit of the 2012 IECC efficiency levels. While there are logistical/implementation issues for the ICC to address, the result of the RE188 vote could someday be viewed as a landmark decision.