The IECC - Onward With Online Voting

In our last article, we detailed the 2021 IECC preliminary voting results. The outcome certainly generated a lot of passionate response. Starting in mid-January, the letters started pouring in to the International Code Council (ICC) from stakeholders such as the Leading Builders of America, AIA, NAHB, NASEO, NEMA and state and local code officials.

As of press time, the ICC had received 19 letters voicing their opinions on the outcome and process. Some of the letters disputed the eligibility of the registered voters and alleged voting irregularities. After a third-party independent audit, the ICC announced there were no discrepancies found and the results were forwarded to the Validation Committee for their review.
The ICC details the next steps as: “Once that committee makes a determination, their recommendations will go before the Code Council Board of Directors, which will issue a final ruling on the Group B code changes. The Code Council will then issue a public report on the proceedings.” (Editor’s note: Final results were released on April 10, 2020.)

The ICC will grapple with this discussion in the months ahead. We thought it might be helpful to survey various participants in the code development process. Each respondent received the following two questions, and were given a target of 200 words to reply. If responses were edited, it was only for length or typos and edits received the consent of the respondent.

Is the electronic (i.e., online) voting process helpful or harmful to the code development process? Why?

The cdpAccess system at ICC was designed to allow for transition into the next century, a time when we communicated more via email than in person. My transition has been fraught with frustration and discontent. I want to work a resolution out in person.

So, having reminisced about the old days, and moaned about the new days, where do I stand? Buckle up kids, it’s a new world out there. We need to learn to work together with the new technology. You can still PICK UP THE PHONE. CALL THE PERSON AND TALK. Yup, the old way still works. We just need to use the new technology to do it. 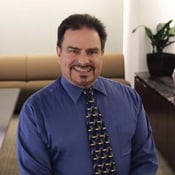 Joe Cain, P.E., Director of Codes & Standards, Solar Energy Industries Association (SEIA): Today, both. The Online Governmental Consensus Vote (OGCV) is helpful when it works as intended; harmful when abused. The original intent was to ensure those who are charged with adopting, implementing, interpreting, and enforcing the I-codes are the ones who vote, and to ensure those with constrained travel budgets can participate. During one critical IRC proposal, 117 votes were cast at the PC Hearings to set the agenda for OGCV; yet near the end of the IECC agenda, only 30 voters remained at the hearings. On Feb. 14, ICC reported “Over 240,000 votes were cast at the combined PCH and OGCV.” A vast majority of OGCV-eligible IECC voters were not present to observe live debate, and likely did not watch five days of video testimony. It appears many OGCV voters might have followed a voter guide without reading the proposals.

Has ICC allowed abuse of the OGCV by allowing one special interest group to recruit “qualified voters” who are not regulatory users of the IECC, have not read the proposals or viewed testimony, and are willing to follow a voter guide with instructions: “We expect it should only take you about an hour to get through them all!”? The pendulum has swung too far. 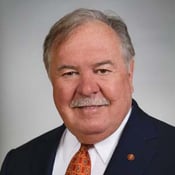 David S. Collins, Architect, The Preview Group, Inc.: The online voting portion of ICC’s cdpACCESS process is meant to allow every jurisdiction that adopts, uses and/or enforces the model codes to participate in the development of the I-Codes. Allocation of votes to each jurisdiction, based on population, serves is a valid means of measuring the direction the jurisdictions wish to see the code changed.

Online voting was viewed as important and necessary because of the dwindling number of voters able to attend the code change hearings. At times during last year’s IECC final hearings, only 29 members voted on important changes to the code. Such small numbers voting at the hearings is not seen as truly representative.

Unfortunately, most jurisdictions can’t afford to send all of their voting members to the hearings to cast votes in person. Online voting was created as a means to afford the highest number of members the ability to directly indicate their jurisdictions’ wishes regarding the changes proposed to the I-Codes.

Although the online voting had start-up issues, after a full six years covering two cycles of code development, the system appears to work effectively and serves the purpose for which it was intended. Personally, I find it to be a superior effort. 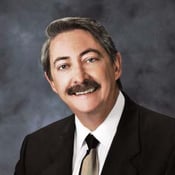 Bill Fay, Executive Director, Energy Efficient Codes Coaltion: By creating cdpACCESS, ICC is maximizing the online voice of the Governmental Members that give legitimacy to ICC’s I-Codes. It’s been said that the universe of eligible ICC voters is 100,000—I suspect it’s more. Prior to cdpACCESS, the last three updates to America’s model energy code were determined by about 125, 450 and 120 votes, respectively.

A jurisdiction’s building energy consumption affects the success of as many as six departments or agencies. For a city of 75,000, that adds up to 48 eligible voters—but even though building efficiency is one of the most cost-effective steps to sound energy policy, there’s no way a city can afford the time or expense to send that many employees out of town for over a week of hearings.

Add the ICC’s structural hurdles against efficiency to the mix—the four anti-efficiency votes on the Residential Energy Committee and the super majority needed to overturn bad recommendations resulting from those four votes—and it becomes easy to understand why maximizing a jurisdiction’s voting clout and casting their maximum eligible votes became a high priority—not just for local and state jurisdictions, but for the national, regional and state governmental associations that represent them. 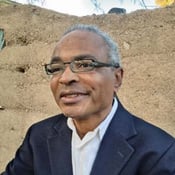 Anthony Floyd, FAIA, CSP, Green Building Program Manager/Energy Codes Specialist, City of Scottsdale, AZ: I really haven’t taken a strong position on the cdpACCESS and electronic voting process. I’ve heard all of the issues, but have generally found the process straight forward. It has been easy and convenient to submit proposed code changes, invite collaborators and manage the submittal process. However, I’m still adjusting to the online governmental consensus vote (OGCV).

During the last code cycle, I had a code proposal with sound testimony and support that received more than two-thirds majority votes at the public comment hearings, but failed as a result of the OGCV. I couldn’t understand where the opposition came from. The downside of the OGCV is that you don’t hear the rational for the swing of votes. At least in the public comment hearings, one can hear the pros and cons that lead up to the deciding vote. The upside of the OGCV is that you get more participation in the voting process, but with the possibility of less informed voters.

Robby Schwarz, Principal Thinker, BUILDTank: I began taking part in code development during the 2015 cycle. At times, 20-50 people were deciding on code change proposals. The online vote increased participation, but does it increase participation by the right people, at the right stage, and to what consequence?

The impactful online voting occurs at the end of the public comment hearing, which can overturn proposals that failed or passed at both the committee action and the public comment hearings. Voting at the end of the process without active engagement throughout the development process significantly undermines the hearings. In essence, what is the point of the hearings?
The unforeseen consequence of the current structure is that it has become political, with lobbyists creating voter guides for voting members that are disengaged. Voting members largely vote in lockstep to their favorite political lobbyist rather than considering both the proposal and the work/time that went into creating and shepherding proposals through the process. 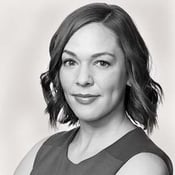 Lauren Urbanek, Senior Energy Policy Advocate, NRDC: We saw more voters than ever before participate in the development of the 2021 IECC—and they overwhelmingly voted in favor of increased energy efficiency. This expanded participation was made possible by online voting. With tight municipal budgets, most local governments can’t afford to send all of their eligible voting members out of office for upwards of two weeks to participate in the in-person public comment hearings and voting. But those voices are still critically important! Local governments recognize how crucial a robust energy code is to meet their climate goals, and they want a say. The online voting process ensures equitable access and input. And the results speak for themselves: When more voices are heard, more good things can happen.

S. Craig Drumheller, AVP, Construction Codes & Standards, NAHB: The electronic voting process implemented with ICC’s cdpACCESS is generally helpful in developing practical building codes. NAHB has been supportive of the online voting process since its inception. However, the support was based on the assumption that code officials made up the majority of the voters. We support code officials participating as neutral arbiters in the process, as they don’t have a dog in the fight—they know what is reasonable, and they know what is enforceable. But when the ballot box is stuffed with voters who are not familiar with the building code, individual proposals or its consequences, it can greatly undermine the process and usability of the code.

The major problem is that there is no assurance that the participants in the online Governmental Consensus Vote are informed, or provide a balanced representation of governmental members.