The Align Project: A Rendezvous With Reality

This one-year demonstration project will challenge entrenched ideas about how we live in the United States.

The precision-engineered design takes advantage of every one of the home’s 374 square feet, and it comes ready to roll with Kasita’s integrated smart home technology platform, which seamlessly integrates the home’s devices, appliances, lighting and mechanical systems. 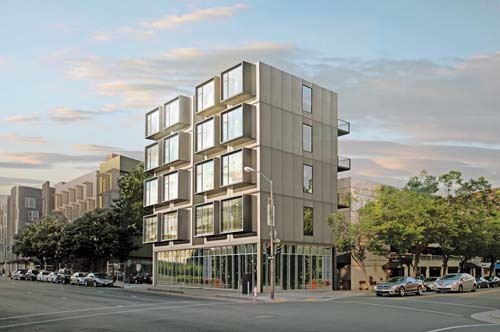 Changing lifestyles and economic realities are affecting the way we live. They will one day make developments like The Align Project a viable choice for homeowners.

Like anything that comes off looking inevitable, there’s a lot of sweat in the backstory. Motivated by what he saw as an impending urban housing crisis, Kasita’s founder Jeff Wilson explored the question of how to live better with less by living in a 33-square-foot dumpster for a full year. Working under such severe constraints instructed him on the best way to optimize every cubic inch of space. After the “Dumpster Experiment,” Wilson and his team developed a series of prototypes, incorporating feedback from real people who spent time in them into each iteration.

“One of the first things people say is that Kasita feels bigger and better than they expected,” says Benji Miller, Kasita’s chief of operations.

With its clean, modern aesthetic, convertible spaces, abundant natural light and friendly smart home platform, Kasita promises an inspiring user experience for people who will visit the home at one of the three upcoming conferences (see page 50). But The Align Project seeks to expand the agenda beyond the demonstration home, questioning deeply-held assumptions about what we want and offering suggestions for how we can align our lifestyles with our changing socio-economic and environmental realities.

“Whether we like it or not, the changing climate is demanding a sweeping overhaul of the way we live,” says Sara Gutterman, Green Builder® Media CEO. “The Align Project will confront some of today’s biggest challenges, including how we live in our homes, and how we can revamp our cities, energy infrastructure, mobility solutions and finances to align with our moral compass and ensure a flourishing future.” 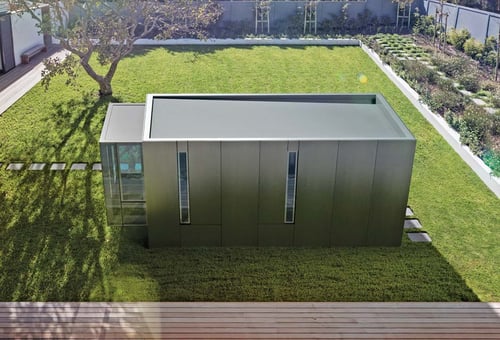 ADUs give homeowners financial flexibility, including the option of downsizing and renting out their larger home.

So what are those changing socio-economic and realities? Let’s take a good, hard look at where we are in 2018.

The economy is strong…right? It’s true, if we accept what commonly accepted indicators such as GDP tell us. Housing starts are up, for example. But that’s only part of the story. Starter homes are scarce, and the median price of these is up nearly 10 percent since the beginning of 2017. Meanwhile, the gap between the very rich and the rest of us keeps widening. There’s even evidence that climate change is making these divisions more pronounced. After all, when disaster strikes, a wealthy family can afford to move. A poor family is stuck with what they’ve got.

Some Americans are choosing to “live small” because they are motivated to reduce their environmental footprint and simplify their lives—and they don’t want to fall into the trap of a mortgage they can’t qualify for or afford. But the rise of the ADU and tiny home revolution don’t just signal a backlash against the McMansion; these trends also reflect the economic reality of the many Americans who can’t afford a larger home or who are investing in small homes as income-producing property or a much needed Plan B.

What’s more, family structure is more fluid than ever. Adult children may move home for a while, or an aging parent may move in for good. A single parent may find a new partner who brings step-siblings into the mix. More people are working from home at least part of the time—all of which points to a need for housing that can adapt to changing circumstances, especially as we age.

If America has a common religion, it’s consumerism. At Home in the Twenty-First Century, an ethnographic study conducted by researchers at UCLA, offers a fascinating peek into the daily lives of 32 Los Angeles families. While the sample size was limited to middle-class families with children, the pictures would likely make most Americans groan in recognition: piles of books, toys, papers, office supplies and sporting equipment covering every surface in every room. Most of the surveyed families admitted they had little time to enjoy the hot tubs and barbeque pits in their neglected backyards.

Another recent national study called Buried: The State of Stress and Stuff, found that nearly half of those polled believe their homes are cluttered with possessions they no longer need or use. At the same time, 84 percent expressed financial concerns and nearly half found it difficult to make end meet every month.

Though many families are awash in stuff, many are also drowning in debt. According to the Federal Reserve Bank of New York, we broke a new record for total household debt in 2017. The $13.15 trillion we collectively owe includes mortgages, student loans, auto loans and credit card debt; on average, households with credit card debt owe close to $16,000. At the same time, more than half of Americans have less than $1,000 in their savings accounts, and few have saved enough for retirement.

Numbers like these beg the question: Do we own our stuff, or does our stuff own us?

There’s no denying the upward trend in temperatures and the increasing frequency and severity of disasters. In 2017, the country was battered by no less than $16 billion in disaster events, including Hurricanes Harvey, Irma and Maria, and the fires that devastated Northern California last October. According to the National Oceanic and Atmospheric Administration (NOAA), the cumulative price tag for these events exceeded $309 billion—the costliest year in U.S. history. The last three years were also the hottest on record, according to NOAA. This translates into more energy for cooling buildings, aggravated respiratory conditions, vectors for disease and beetle-killed forests.
Increasingly, designers and city planners are tasked with adaptation and mitigation—creating buildings that are not only better able to withstand disasters and shield occupants from extremes, but which actively reduce their contributions to climate change. Homes that use as little energy and water as possible and that can retain vital functions even when the grid goes down will play a key role in a more resilient community. And if the worst happens, there is a need quality homes that can be rebuilt as soon as possible.

The Mother of Invention 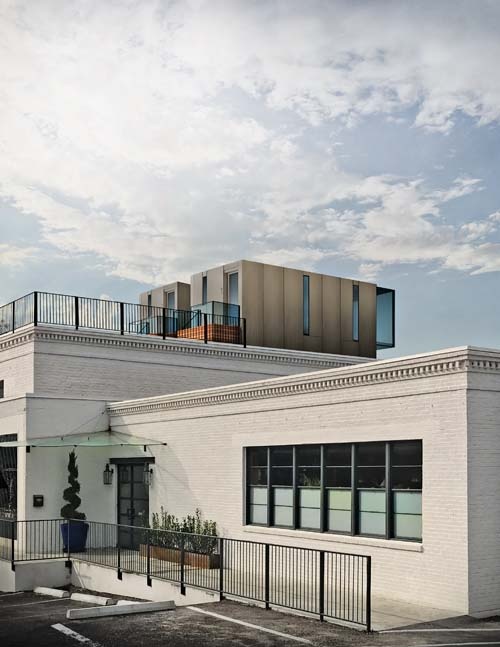 The stand-alone Kasita unit can serve as an ADU, office, or infill project for under-utilized urban spaces—even rooftops.

All of these trends point to a need for housing that’s flexible, resilient, efficient, durable and adaptable. Jeff Wilson and team developed Kasita for what they saw as growing crisis, as more people move into cities that are increasingly out of reach financially. His vision was to create housing that can be built quickly and affordably, and which can take advantage of underutilized spaces in tight urban markets.

Independent is a stand-alone unit that can be used as an ADU, home office or studio; two units can also be paired to create a larger but still modest home. Community is a stackable modular unit intended for multi-family developments. Kasita comes with three tiers of options, which include finish choices, appliances and Kasita’s home automation system.

The demonstration home Green Builder® Media and Kasita are developing for The Align Project will include contributions from sponsors that help make the home durable, resilient, efficient and smart. Some of these include:

The Align Project will go a step further, exploring all aspects of an “aligned life”—including what we drive, what we buy, and even how we plan for the future—and inviting readers (and ourselves) to engage in some honest reflection. Are you trading time for stuff, or life for work? How satisfying is your commute? Do you have a viable plan for retirement?

One thing is for certain: The current path is not sustainable. Not for the environment, nor for our collective physical, financial or mental health. But we believe that there’s a way out—a new American Dream. That’s why we’re calling this series A Rendezvous With Reality rather than A Flirtation With Utopia.

This ambitious agenda represents Green Builder’s latest effort to effect positive change within and beyond the building industry, says Gutterman. “The Align Project reflects our mission and manifests our unwavering commitment to make the world better, cleaner, greener and healthier,” she says.

Can we chart a new course? The Align Project says YES. 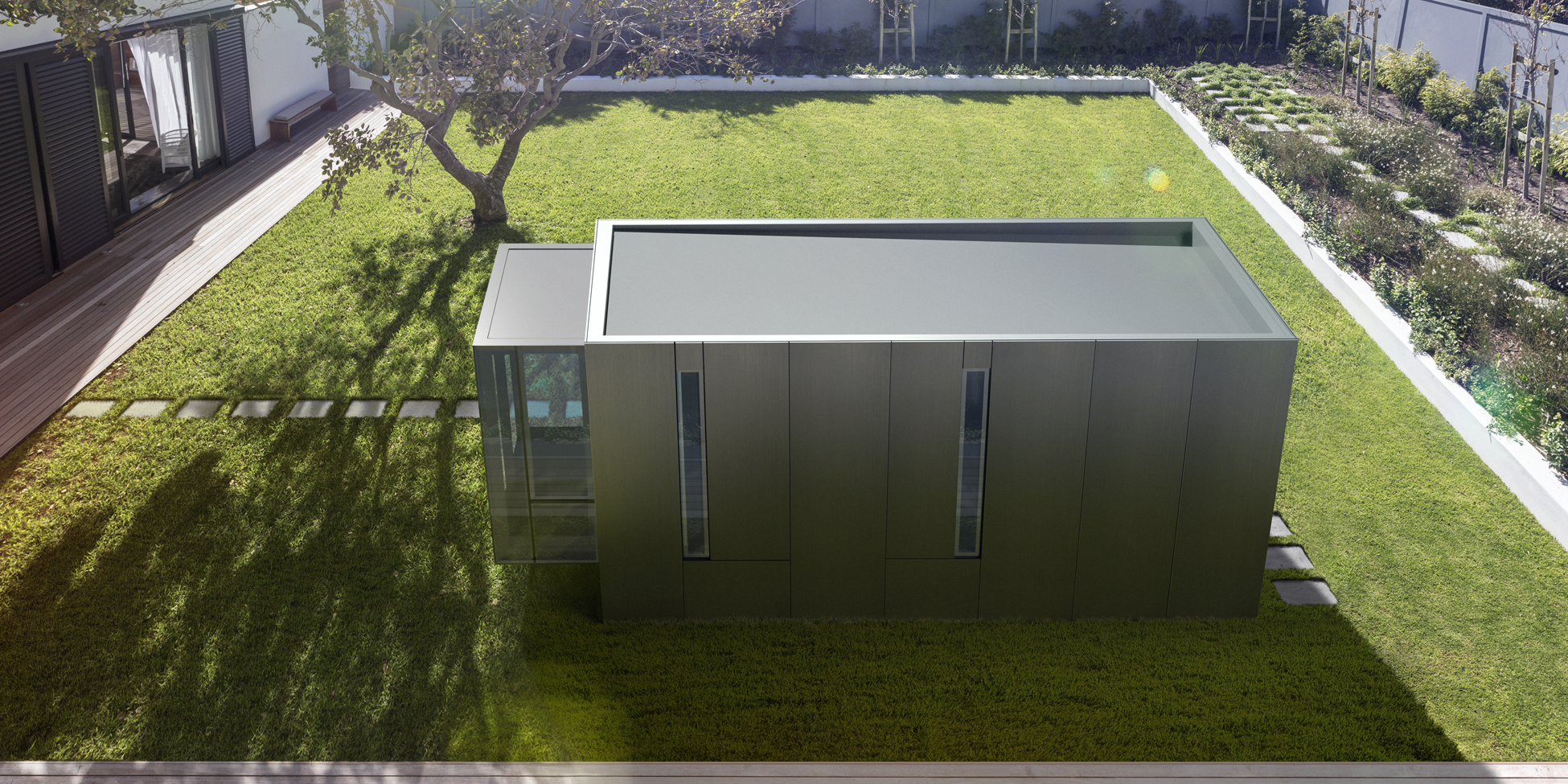 Here’s a peek at the facets of an aligned life we’ll explore over the next year:

ALIGN Your Space: The 100 Percent House
Most of us use only 5 percent of the large homes we were told we needed. What if instead, we optimized our living spaces to create a home that’s 100 percent useful? The Kasita house, with its precision-engineered design and modular construction, uses good design to optimize space and reflects how people actually use their homes.

ALIGN Your Finances: Investing in Resilience and Efficiency
Many of the choices we make about our homes sacrifice durability, resilience and efficiency for short-lived cost savings. When we put in a carpet that lasts five years instead of hardwood floor that lasts a century, we sabotage our future. To align our finances, we most focus on reducing predictable costs, not creating future sinkholes for our money.

ALIGN Your Technology: Mastering Our Machines
At what point do high-tech gadgets stop serving you and start sucking away your valuable time and life energy? How can we be seamlessly “connected” all the time without feeling watched and violated? We’ll dig into research about where and how people are using technology, and explore which innovations are truly helping people improve the quality of their lives and which are merely trendy gizmos destined to be mothballed.

ALIGN Your Mobility: Destination Deconstruction
What if, when thinking about getting from point A to point B, we focused on the journey instead of the destination? This shift in focus could affect everything from the type of vehicle we drive to the type of neighborhood we choose to live in. Join us as we explore the topic of mobility from a human-centric perspective, considering the implications for everyone from city planners and car makers, to the users themselves.

ALIGN Your Future: Aging With Dignity
Devices and products are now available that monitor vital signs, improve access or mobility around the homes, and ensure safe and healthy spaces. Combine these with a compact, portable, flexible housing option like Kasita and you have the ultimate strategy for a home that changes with you.