New scrutiny finds that large-scale biomass burners, often sold as a "clean" or "sustainable" source of renewable energy, are actually far more polluting than their claims. 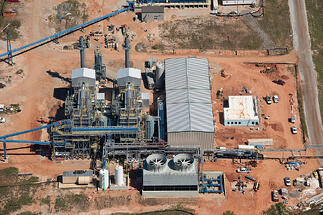 The reason, according to Mary Booth, PhD., author of Trees, Trash, and Toxics: How Biomass Energy Has Become the New Coal is that the EPA has drastically weakened regulation for biomass burners.

Booth's study analyzed 88 biomass plants, and found that half of them use a loophole to avoid reporting their pollution AT ALL, and many that do are releasing more than twice the pollutants of fossil fuel plants of similar energy output. But instead of being held accountable, biomass plants are given special treatment in the Clean Air Act.

This makes no sense, Booth notes, because the pollutants being released by biomass are nearly identical to those produced by fossil fuels, including coal.

Every biomass plant producing 8 MW or more can contribute 100,000 tons of CO2 pollution to the enviroment, and EPA loopholes allow them to burn waste wood and other construction debris. So their overall toxic footprint can be very large.

The argument for biomass advocates has been that because they burn wood, and wood is a renewable resource that releases CO2 as it decays, they are a "greener" alternative than fossil fuels. But the study notes that biomass burners release the CO2 much more rapidly than would naturally occur, tipping the balance toward Climate Change.

"The EPA needs to put people first--not the bioenergy industry," she writes, " which has an inexhaustible appetite for contaminated fuels, particularly those that generate “tipping fees” for their disposal. The EPA should ensure that it does not create a loophole for unregulated incineration and that it protects public health by ensuring that all waste burners –including those that label themselves biomass units meet the protective standards that Congress enacted for waste burning.”