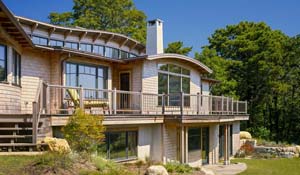 WHEN KAREN AND DAVE DAVIS decided to build a second home in Martha’s Vineyard with absolute minimum environmental impact, they chose to work with local design/build firm South Mountain Company. Founder John Abrams and his team had been building finely crafted and sustainable houses since 1975, and quickly realized that the site for this particular house near Chilmark Pond was a designer’s dream: a south-facing slope with wonderful views of the south shore. However, this very slope and the narrowness of the site also proved challenging to work around.“Zoning restrictions regulated the height, roof pitch and footprint, and we also wanted to be very conscientious of the view of the building from the beach and the neighbors downhill,” says Abrams. “Additionally, the traffic on South Road moves noisily by the house just to the north.”

These factors led the team to build into the hillside, burying the side of the house that is exposed to the road and winter winds, and opening up the house on the south side “like a flower” to the sun and the view. A large part of the 3,300-square-foot, four-bedroom house is below grade, making the house feel smaller than it is. By using the basement as living space and shifting it out from under the first floor, Abrams says the house becomes less massive from the south and the feeling of being in a basement is diminished. Part of the house has a living roof, which replaces some of the rain absorption area that is typically removed when a building covers the land.

Abundant daylight is delivered to the northernmost rooms and basement through a clerestory that arches in the middle “to mimic the path of the sun,” and via strategically placed interior windows and glass block in the floor. Good daylighting, as well as efficient appliances and fixtures, helps to reduce electrical demands.

To minimize fossil fuel use and energy consumption while maximizing comfort and simplifying operation, South Mountain focused on creating a super energy-efficient building envelope. Combining this with passive solar strategies allows the house to be left unheated in the winter without freezing. The envelope also keeps the house cool in the summer—and with the help of ocean breezes, there’s no need for air conditioning. 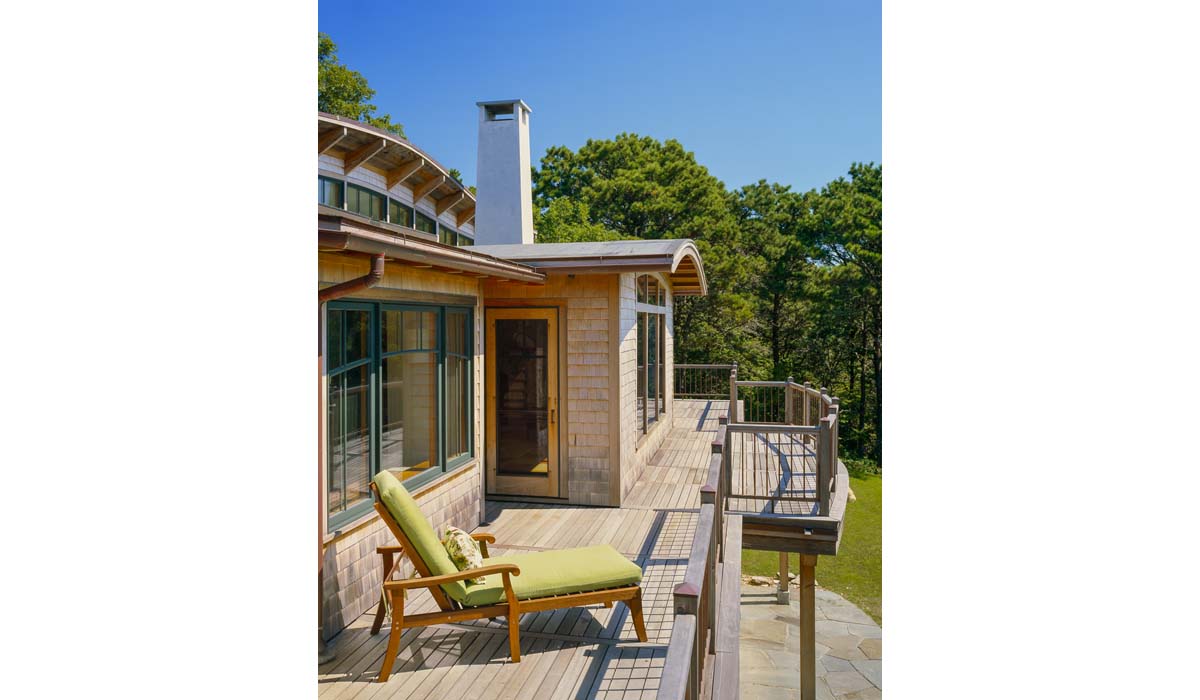 Solar energy from a PV solar array on the garage roof is harnessed to heat water and produces enough electricity to offset household consumption, including the electricity that was consumed during the home’s construction. The solar electric system was sized to match predicted future energy demand of a part-time residence, but can be upgraded if the house is occupied full time.

Abrams finds that building net-zero houses, at least locally, tends to cost 7 to 10 percent more in terms of initial capital investment than a typical house built to code, but the investments pay off. Since March 2008, the Davis home has consumed 39,950 kWh (6,323 kWh/year) and generated 44,708 kWh (7,077 kWh/year). The solar has net metering, so the family receives energy from the grid as needed and exports the excess. 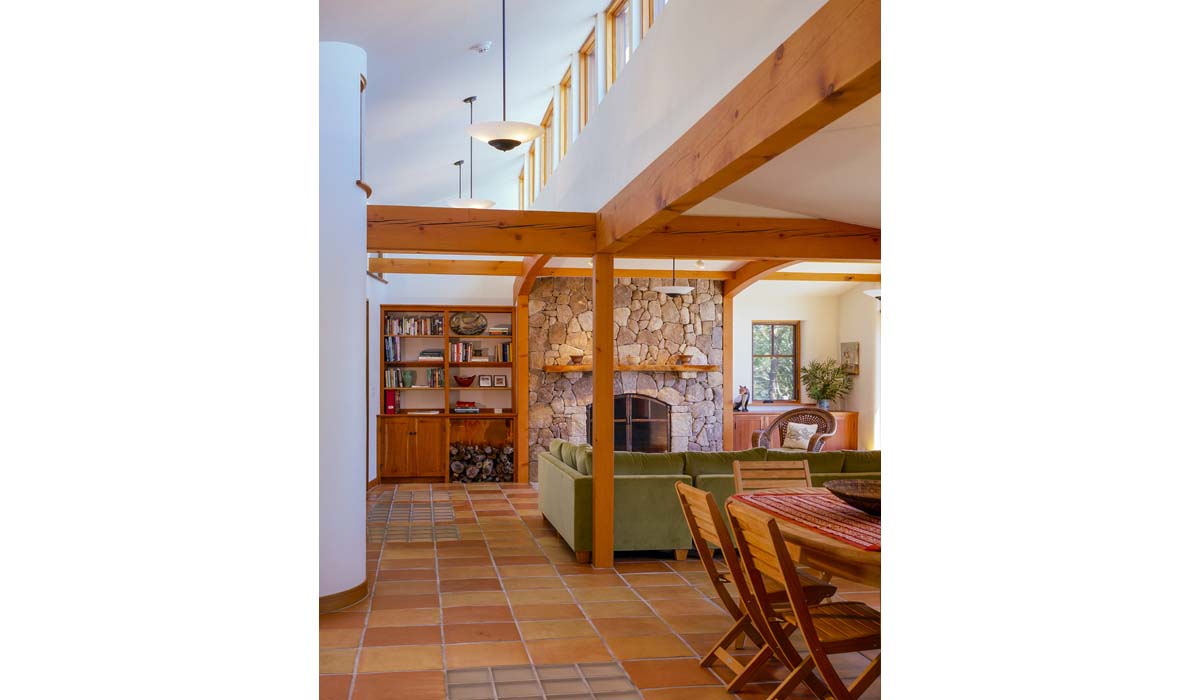 Most materials in the building are salvaged, procured from renewable sources or are easy to recycle. The materials were specifically chosen to be timeless and “not necessary to replace once out of fashion,” Abrams adds.

It’s lights out at this custom passive home—and that’s a very good thing. The homeowners’ vision...
2 min read
The remodeling sector’s record growth is being spurred not only by shifting pandemic priorities but...
3 min read
Sponsored Content In this ebook, Water Heaters In Control, learn about the latest technology in...
1 min read
The 2024 IECC development process asks for proposals to include assessment of cost effectiveness...
2 min read
The Scottsdale ReVISION House demonstrates the right balance between having a beautiful yard and...
1 min read