How the Sharing Economy Will Save our Economy and the Environment

I’ve been thinking a lot lately about the rift between the people campaigning to save the economy and those crusading to save the environment—both groups at odds, both claiming the moral high ground for their holy quests. The great irony of their conflict comes down to the fact that neither group can be successful without the other, and that they’d be so much more effective if they put aside their political and ideological differences and worked together towards a shared goal.

It’s not difficult to understand that when the economy is bad, individuals are consumed with worrying about the fundamentals—paying their bills, putting food on the table, caring for their families. They’re more likely to look at lowest first cost as opposed to full lifecycle cost.

With that said, if we don’t have clean air to breathe, enough water to drink, or productive soil to cultivate our food, then we have no chance of maintaining a healthy economy. And, if we continue propagating a fossil-fuel based, pollution-belching economy, then it’s simply game over for life as we know it. 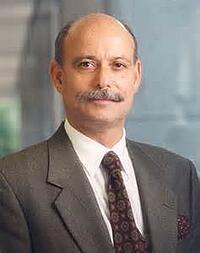 To better understand how we can profitably unite our economic and environmental needs, I recently interviewed economist, author, and futurist Jeremy Rifkin. During the interview, Rifkin elaborated on the main theme of his latest book, The Zero Marginal Cost Society, outlining how the emerging Internet of Things is transforming our economy, ushering in a new era of free goods and services, precipitating the meteoric rise of a global Collaborative Commons (otherwise known as the Sharing Economy), and facilitating solutions that address excessive consumerism and massive resource over-use.

“We’re plummeting towards a dangerous end game, but, fortunately, the sun setting on expensive and dirty fossil fuel leads—and not a moment too soon,” says Rifkin. “We’re witnessing the first new economic paradigm since they industrial revolution, which is being fueled by innovations in energy, communications, and transportation—namely renewable energy, the Internet of Things, and electric vehicles.”

These advancements are enabling the Collaborative Commons to flourish alongside capitalist systems, and Rifkin believes that, based on financial and resource efficiencies, the Sharing Economy (which reduces marginal costs, increases productivity, and decreases resource use by emphasizing access to goods rather than ownership) will quickly eclipse our current capitalistic system (which is capital-intensive, requires tremendous amounts of natural resources, and produces excessive waste), offering the possibility of dramatically narrowing the income divide, democratizing the global economy, and creating a more ecologically sustainable society.

According to Rifkin, “with the Collaborative Commons, we’re seeing a technology revolution so extreme that goods and services are becoming essentially free. It started in 1999 when Napster introduced free music, then it moved to blogs, video, e-books, and other areas. Access to content was democratized in an instant. The firewall between the virtual world of bits and the physical world of atoms was destroyed, and powerful information industries were crippled by peer to peer players.”

We’re now seeing the Collaborative Commons extend beyond the world of music, books, videos, and information to cars, beds, toys, clothing, tools, gardening equipment, and almost everything else that is sharable.

And in a completely novel way, the Sharing Economy blends the world of profitability and sustainability. Fixed costs are low, marginal costs are near zero, the need for additional capital-intensive infrastructure is diminished, and more people are sharing fewer resources. Solutions like Uber (car sharing) reduces the number of cars we need to have on our roads, and Air B&B (house sharing) reduces the need for expensive hotel infrastructure (Air B&B took nearly 1 million room nights off the market last year in just NYC alone!)

When I asked about the forces driving this transformation, Rifkin asserted that Millennials are significantly influencing the shift in both our economy and environmental attitude. “They share everything, and they do it with an ethic of sustainability. They don’t want to own stuff. They want access, not ownership. They value a different type of capital—social capital, and they’re using it to build a civil society. They have a different view of power that is distributed, peer to peer, and scales laterally (not horizontally like in traditional capitalism). They’re quickly moving us from conventional markets to the Collaborative Commons.”

When it comes to buildings, Rifkin forecasts that all buildings will soon be connected to the Internet of Things and will become data centers, communication nodes, power plants, and hubs for logistics and transport interconnections. “They won’t just be habitats anymore, they’ll be a powerful part of the network that will enable us to understand how we can live more efficiently.”

We’re already seeing this occur in Europe, particularly in Germany, where millions of small players are producing their own renewable energy in a distributed system, and then selling the excess power back to the grid. “Large power players produce less than 7% of the total energy in Germany,” says Rifkin. “Because they have substantial capital requirements and centralized logistics that are now outdated and unused due to the rise of distributed, renewable energy, the utility companies have to figure out a new business model. Renewable energy has become the cheapest option in Germany—unlike fossil fuel, once you have a renewable energy system installed, there is no marginal cost of harvesting additional kilowatts from the sun or wind. So, the utility companies have to become masters at aggregating, optimizing, and redistributing all of the excess power that the small players sell to them.”

While Germany is leading the clean energy revolution, Rifkin has his eyes on China’s $80 billion commitment to roll out a clean energy infrastructure and Internet of Things network that will provide millions of people the ability to produce and share electricity. “This is way beyond any discussion we’re having in US or Canada.”

According to Rifkin, the Sharing Economy revolution is here to stay, and, whether we realize it yet or not, it has already transformed our economy and benefitted our environment. With its zero marginal costs, the Sharing Economy achieves increased productivity and substantial resource use reductions, with outputs that can be shared infinitely. Furthermore, it is designed to be inclusive, allowing everyone equal access in peer to peer environment. Hopefully, this new financial model will provide the common—and moral—ground for the economists and environmentalists to finally develop a shared agenda.

How do you think we can successfully integrate and transform our economic and environmental needs?  Write to me at sara.gutterman@greenbuildermedia.com or follow me on Twitter or Facebook.