Rheem is a manufacturer and vendor of sustainable water heaters and HVAC systems. The company is headquartered in Atlanta and operates five manufacturing facilities across the United States. Its products, sold by independent distributors and select retailers, meet residential and commercial needs. 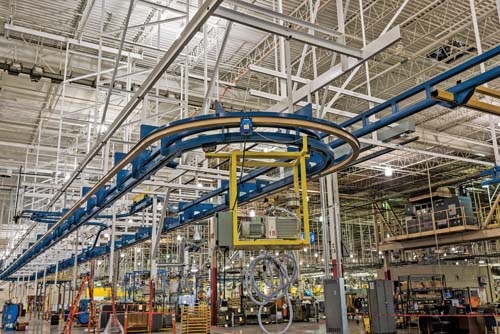 Enhancements such as a state-of-the-art smart assembly line has helped Rheem be more productive and sustainably focused.

Rheem piloted the H2AC Rooftop Unit featuring eSync integration technology at this location. The industry-first system takes the heat removed from the restaurant by the HVAC system—which would normally be ejected into the atmosphere—and uses it as an efficient source for heating water.

“Before we began working with Rheem to install the H2AC Packaged Rooftop Unit, I never would have imagined that we could use our A/C system to, essentially, generate free hot water,” Stovall says. “Given the amount of food that we prepare and customers that we serve every day, having such an efficient way to heat water has significantly impacted our operations.”

In the first year after Rheem installed the integrated air and water system, Western Sizzlin’ saved nearly $5,670 on its gas utility bill. The restaurant hit the payback point on its system in during the second year. The savings are especially significant, considering the 12.3 percent increase in the cost per cubic foot for natural gas.