In an age where more companies are ‘dying young,’ innovation is the key to keeping your business around for another generation.

Who wants to live forever? For those of us who don’t, a long, healthy life, perhaps of about 90 years, is enough. In the mid-1920s, 90 years happened to be the average lifespan of a leading company. Ninety years for us, 90 years for our companies: a neat mirroring of our own existence in what we made manifest in the world. 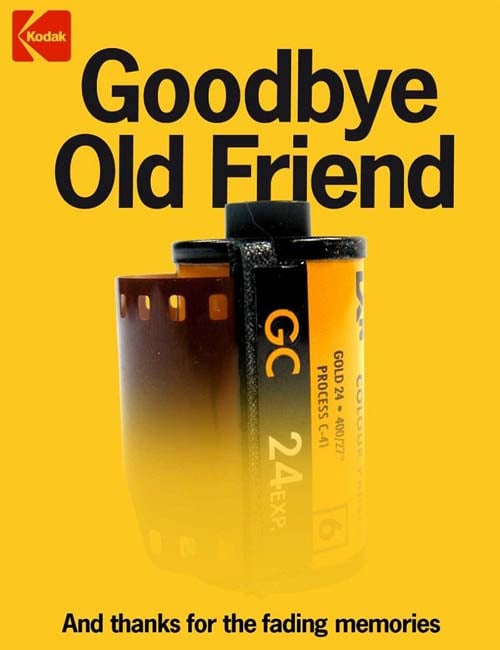 Kodak, the vanguard of photographic technology for a century, faded away in 2012—the victim of the very digital tech it invented but refused to embrace as photography’s future.

By the 1950s, the average company lifespan was down to 60 years. Today, it is a mere 17 years. Why are our companies dying young?
Take Kodak—founded in 1888, ubiquitous in the 1970s and 1980s. The former photography giant declared bankruptcy in 2012. Kodak had decided to cling on to the film-and-paper business model in the throes of the biggest ever disruption to its industry: digital. Incredibly, Kodak invented digital photography in the first place. They even set up a separate division to drive it. But they said it couldn’t be monetized and hoped it would go away. Kodak is one of the best examples of what happens to a corporation if it refuses to change with the world around it.
We’ve noticed a four-stage pattern in the lives of companies that cuts across all sectors and industries. Even the most successful megaliths of the corporate world are not immune from its pull. In fact, many of them exemplify it.

Every famous corporation has a legendary founder. A maverick who knew what the people of the time needed and how to give it to them in a way that revolutionized their whole industry. Look at Ray Kroc, who founded not just McDonalds, but the whole concept of takeaway food. Or Anita Roddick, who founded the world’s first ethical cosmetics megabrand, the Body Shop. People like them go down in history. But who is creating history today?

Wellness is now one of the fastest-growing global industries, as identified by Gallup. But the golden age of the mega-brand is waning. The fastest-growing wellness companies are not megabrands. They are startups, quite often founded by people with absolutely no background in business. Hollywood star Jessica Alba has had astronomical success with The Honest Company, which did what no mega-brand was doing: It cornered the market for organic bath and beauty products for the whole family. Mass brands are made with chemicals. All of them were ignoring what young, middle-class American families wanted. Alba leveraged her name, e-commerce and niche positioning to win $1.7 billion in 2017.

For millennials, everything has to be moving. It has to be new and it has to make them feel special. That happens with allegiance to an array of diverse brands, not one big brand with one big, constant image. They don’t want to be just one identikit consumer in an amorphous mass of people; they want to be individuals. Big business is too corporate, too socially irresponsible and too global.

Nearly every successful company went through a stage 1 at its conception. But stage 2 is more complicated. To scale up internationally, you need patience, consistent effort with little immediate payoff, and a lot of discipline. The big brands of the 1980s did this with aplomb. It took 20 years or more, but brands like Unilever, Nestle, Coca-Cola and P&G (formerly Procter & Gamble) dominated the planet until the 1990s, when East Asian countries started to create fast-growing markets and easy access to finance. Strong local competitors began to emerge: Asia Pulp and Paper, and the Wings group in Indonesia; Nirma in India; URC and Lucky Me in the Philippines; and many others.
When competition for market share emerges, margins are under pressure from the companies who are willing to accept lower returns.

As growth slows, investors and analysts demand higher earnings per share. There are only three ways to do that: price up, sell more or reduce costs.

Pricing up prices your product out of the market, and selling more in the midst of slowing growth is a contradiction in terms. So we strip costs—which might be okay, were it not for the new competitors who show up at this stage. Tech savvy, innovative and nimble, these impostors tend to create, occupy and grow niches the established brand deemed insignificant or fantastical.

Today, they tend to be organic, natural and/or socially responsible. Take a look at Nakd bars—the $40.2 million company making sweet sticky snacks for the health conscious. In 2015, it became the United Kingdom’s No. 1 “single” snack bar and has remained there since, growing 45 percent year-on-year. In 2016, Nakd—whose bars and nibbles are made from 100 percent natural ingredients with no preservatives, additives or sugar—sponsored Veganuary, a global awareness month created to encourage a switch to plant-based whole foods.

When the returns initially gained from squeezing value begin to peter out, the giant dinosaur crashes to the ground—not before, however, a dazzling show of financial maneuvering by the hangers-on. They want to improve shareholder value but the best they can do is wave and shout in an attempt to distract those watching from the grim reality. Maybe they move revenue to a lower-tax jurisdiction, or sell off one part and buy another, all in an effort to construct a story for the analysts. It’s the dance of a dying man.

These four stages of corporate evolution are not inevitable, but they can be slowed down. Innovative and brave pioneers found a company. It becomes so successful that the only place to go is out to the rest of the world. The world is finite, so there comes a time when profits plateau or fall. Then comes the cutting of costs to maintain profit growth. Eventually profits dip anyway—usually due in part to savvier kids on the block—and the only card the established old-timer has left to play is a few financial dance moves to silence the hovering analysts.
Each stage requires a different strategy, and different managers and leaders. The managers and leaders are assessed within each stage according to how well their talents are suited to it. In other words, the creativity and bravery needed for the initial stage is then rejected in the second stage, which is all about bureaucracy, internal politics and towing the line. There are simply too many codes, written and unwritten, for true innovation to happen.

Onto the scrap heap

When growth slows, a stage ends. And eventually, these companies all end up in the same place: the scrap-heap of stage 4. There are three trends that push them there.

Thirty years ago P&G knew toothpaste. Gleem made your teeth whiter and Crest prevented cavities. Having two brands in one category worked: P&G had more than two in many categories. If they wanted to cover different consumer benefits, they brought in a new brand. But marketing costs rocketed and large retailers like Walmart now called the shots, and found it easier to support megabrands. And so, Gleem became “Crest Whitening.”

The 1990s and early 2000s were the age of the megabrands. Niche brands didn’t have the scale to get on the shelves of the massive supermarkets. That didn’t mean that customers didn’t want niche brands, it just meant they weren’t available. But not for long.

2. Ecommerce: It won’t go away

You don’t need volume to achieve scale any more. Got a product idea? Launch it on Amazon or Etsy and away you go. Today, the megabrands need to watch their backs. Anyone can be a serious competitor. And, consumers can get what they want and need instead of being forced to buy megabrands through lack of choice. The megabrands simply can’t “do” niche. In 2017, P&G sold off all of its niche beauty brands to Coty, sticking to what it knows best but missing out on an opportunity for growth. There is no doubt that right now, niche is simply where it’s at. Ask Walmart who its best suppliers are and P&G is still somewhere at the top. But ask Amazon—responsible for more than five percent of total U.S. retail sales in 2018—and it will list a number of niche players the bigwigs at P&G haven’t even heard of.

Without mavericks, there is no innovation. It’s that simple. Companies need people who see things differently, push boundaries and take risks. They might make people feel uncomfortable, but that’s the whole point. Without discomfort there is no progress. You can’t innovate by appointing a chief innovation officer or making a plan. It has to be enmeshed in the culture of the organization, and the only way to do that is to scatter them strategically throughout it. Mavericks at the most-senior levels inspire those below them to use their difference to transform and create. If you don’t fit in and offend some people, all the better.

In the 1980s, P&G and Nestle had a good smattering of mavericks. People would clamor around them, keen to feed off their energy. But because they didn’t conform, others tried to push them out. Mavericks need to be protected. Smart leaders know this. The evaluative systems of today—where success is based on conforming to a standard set of principles—don’t treat them well. Once the millennium kicked in, mavericks everywhere started to go the way of the woolly mammoth.

Neither P&G nor Nestle has had a breakthrough innovation in more than 20 years. Their leaders are talented and inspirational but a company without mavericks is like a curry without cumin. It doesn’t matter how good the meat is: Without seasoning and sauce, it’s a different dish entirely.

Most Fast-Moving Consumer Goods (FMCG) giants are now in stage 4. Embroiled in financial choreography, “nothing to see here” messages are being sent across the globe to keep analysts off the scent of death. And death is the only place to go after stage 4, unless they can do the following:

It’s not easy to make such radical changes. But it is necessary. Companies need to make conscious yet painful choices if they are to survive. But imagine the exhilaration when your breakthrough innovations create real and lasting success. You need the right kind of mavericks to shake things up, turn them upside down and jump all over them before genuine transformation will happen.

Corporate cultures are insular. Mavericks are unpredictable and zany. They don’t play it safe: They are the backbone of innovation. Forget that at your peril.