Not only would 94 percent of surveyed green homeowners recommend a green home to a friend but 92 percent would also buy another green home —90 percent felt they had done the “right thing” in buying green. Seventy-one percent of these green homeowners believe green homes are, overall, of higher quality. More than half knew their green home may have cost more than a non-green home but believed the green benefits outweighed increased cost.

One criticism was lack of education with regard to their green home purchase. One respondent said, “Instead of receiving education from either the builder, the developer or the utility company, I was expected to learn about this on my own. They installed the equipment, but they didn't provide any training or a homeowner's guide.”

One caveat to the survey is that though GuildQuality received the names of 1,350 green homeowners who had purchased a green home in the last three years, after eight or nine attempts, the company only received completed surveys from 187 homeowners who answered 37 questions.

The National Association of Home Builders (NAHB) commissioned the survey. Prior to the survey, green home buyer satisfaction had been little explored. “Historically,” Matt Belcher, NAHB Energy & Green Building Subcommittee co-chair says, “studies have focused on interest in green among buyers in the market or on trends as reported by industry professionals.” Belcher says the survey provides “groundbreaking information that can be of value to the general public as well as the industry.” 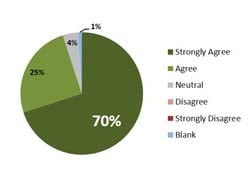 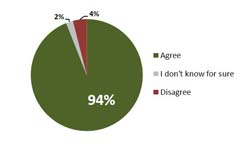