The polyurethane-eating bacteria could offer a better way to deal with Earth's plastic overload.

Polyurethane, a key component in everything from kitchen sponges to building insulation—and one that is rarely recycled—may become less of an insurmountable pollutant, thanks to a newly discovered, hungry microbe. Researchers at the Helmholtz Centre for Environmental Research-UFZ in Leipzig, Germany say a new strain of Pseudomonas bacteria can completely consume the toxic plastic within weeks, providing a way to keep tons of the troublesome compound out of landfills. 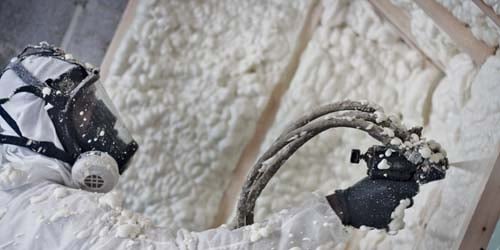 Polyurethane foam insulation is among the products that can be kept out of the landfill thanks to a new form of bacteria.

More than 8 billion tons of plastic has been produced since the 1950s and most has ended up polluting the world’s land and oceans, or in dumping grounds because it’s too difficult to recycle. Fittingly, the new bacterium was found at a waste site where plastic had been disposed of, according to lead researcher Hermann Heipieper.

Researchers fed the microbe key chemical components of polyurethane and discovered it can use the plastic as a sole source of carbon, nitrogen and energy. “While there is still much work to be done, this is exciting and necessary research that demonstrates the power of looking to nature to find valuable biocatalysts,” Heipieper says. “Understanding and harnessing such natural processes will open the door for innovative recycling solutions.”

The institute’s study appears in the journal Frontiers in Microbiology.