Barney Feinblum, has helped some of the nation's most familiar "green" brands find large and enthusiastic markets. We asked him to share his methods.

GB: Barney, as a former CEO and president of Celestial Seasonings and Horizon Organic Dairy, you have been involved in the transformation of the organic foods industry from fringe to boutique to mainstream. That transformation required a fundamental shift in consumer thinking. What can you tell us about that change and how you helped influence it? 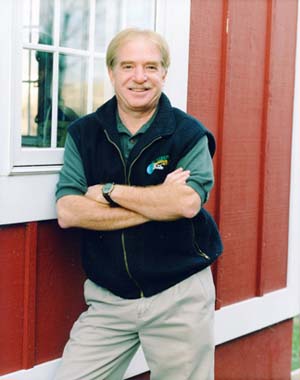 BF: Back in 1976, when I started, Celestial’s definition was, “This is an all-natural product containing no artificial colorings, flavorings or preservatives.” That simple statement was enough to differentiate them from most of the companies on the grocery shelves of America. Unfortunately, “natural” came to be so bastardized that we had to invent the word “organic” to give some meaning to it.

GB: So you got into this business very early.
BF: Yes. We were in the right place at the right time—with a product that appealed to those looking for different alternatives. I think that trend has only gotten bigger. Berkeley professor Paul Gray uses the term “cultural creatives,” and I think that’s who we’re talking about here. About a third of the population is interested in healthier lifestyles, environmental issues, protecting the planet, and being a part of the solution instead of part of the problem. But, when you look at behavior, a third of the population consider themselves to be those responsible consumers, but only 3 percent to 4 percent buy organic. And I think the list goes down from there—in terms of things like environmentally friendly household cleaning products, Toyota Priuses and solar installations.

GB: So really just a segment of the mainstream, not the whole group?
BF: I think we’re all talking to that same cultural creative. Another term that’s been used is LOHAS—a lifetime of health and sustainability. Now we’re adding into that mix the new Millennials—and what I hear from some of those people is, “Gee, Mom and Dad, you guys just talked about it, but we’re really doing it.” So I think we’ve come a long way.

GB: You’ve been involved with several companies in the organic food and natural product arena. In your opinion, which was most successful in affecting market transformation and why?
BF: I would have to say my experience at Horizon Organic Dairy was probably most rewarding—and it was the biggest game changer because, while herb tea was a wonderful, healthy, medicinal product, it’s a small category. But everybody drinks milk, unless you’re lactose intolerant or vegan, and in general it’s one of the highest-volume selling items in a grocery store. When the idea for organic milk was first brought to me, I thought it was kind of a silly idea, because I didn’t think there was too much wrong with milk. But it turns out we were taking our bioengineering technology and creating a synthetic bovine growth hormone and injecting it into cows. Horizon was one of very few alternatives—it actually created this category of organic milk, which is now one of the highest developed of all the organic food categories. It some markets, it’s probably exceeding 10 percent of all milk consumption. Because of the dairy industry and how it works, being a commodity-type product, farmers are almost forced to use whatever tools they can to be more productive, and it’s a conflict. Farmers need to make a living. Low-cost producers are not necessarily a quality product. Horizon Organic solved a lot of those problems. It’s amazing to me that 16 years ago there was no such thing as organic milk, and now you can probably find it in every supermarket in America.

GB: Horizon Organic Dairy also took a lot of criticism. I remember seeing an article in 2006 that challenged the validity of the use of the term “organic.” Specifically, the small producers were complaining that the large producers had invaded the market and were feeding cattle corn that was genetically modified, and so forth.
BF: I left Horizon around 2000, and I think Dean Foods acquired the company in 2004. And I think that’s unfortunate, because some of the principles the founders created got lost in the larger corporation. 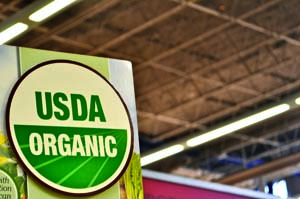 GB: What messages have been the most effective in terms of getting people to think and act more sustainably?
BF: “Sustainability” is kind of a vague term. My experience has been that many people become aware of these issues through organic food. Organic food is kind of an easy point of entry. People are concerned about their own personal health and safety, and that’s a higher priority than the environment. But I think it’s those same consumers who evolve and eventually move to issues that affect sustainability and the environment.

GB: In your experience, how are consumer purchasing patterns different in the U.K. and Europe from the U.S.?
BF: In markets not only in the U.K. but Germany and much of Western Europe, natural and organic foods are more important values than they are in the United States. I think there are more dedicated consumers there, but they don’t have the infrastructure that we have in the United States—where we have a national chain like Whole Foods Market working with a national distributing company, United Natural Foods, Inc.

GB:  Isn’t Whole Foods in the U.K. now?
BF: Yes, but it took them a while to get established, because there are a lot of cultural differences in Whole Foods’ initial arrogant Texas attitude. They had to learn a lot of cultural things about how U.K. consumers shop, the size of their refrigerators—and it was a bit different. For example, England doesn’t have “natural” food stores. They have organic, which they’re very committed to. They don’t allow GMO crops in Europe. Their values are different, but I don’t think they had the convenience that Whole Foods provided Americans.

GB: Does the term “organic” still carry the same positive message it once did?
BF: I think that organic is not a U.S. movement—it’s an international movement. I believe that, while it’s not a perfect system, it’s the best system we have—and it’s the only system consumers can count on to assess claims that are being made. “Eco-friendly,” “sustainable:” these terms are too easy to use when green-washing. But organic is an international- and U.S.-certified organization. All the products I import have to be certified by a USDA-accredited certifying agency, and they exist all over the world. These people have high standards, and many of them have higher standards than we have in the United States. Sometimes it’s problematic. Take wine. In the United States, because of the sulfites added, we’re not allowed to use the USDA organic seal or call our wine organic. We’re limited to the inferior claim, “Made with Organic Grapes,” though our products are limited to less than a hundred parts per million of sulfites.

GB: What lessons have you learned that might help us advocate for green in the building industry?
BF: Pioneering is tough. But I think change is happening. For example, EcoTimber is trying to do green flooring in the building industry. It’s coming, though unfortunately it’s had a setback. Why? Because in a down economy, it represents some postponable expenses, whereas organic food consumption is not really postponable, so it’s been pretty resilient.

GB: Good point.
BF: But you’re pioneering new territory, so you have to speak to your most hardcore consumer. You have to make products that work and demonstrate that performance. When you do, more and more of those hardcore consumers will pay a premium for higher quality products and better environment in their home. When I was on the board of Seventh Generation, when they started to take a health and safety positioning towards the home environment, it really resonated with consumers.

GB: How big an obstacle is slightly higher up-front cost?
BF: The main objection to buying organic is the price. I think that’s probably affecting green building as well, but there are more and more people who are willing to pay a premium for a better product for both the environment and themselves.

GB: Of course, the first cost is not necessarily full cost.
BF: If we charged polluters for polluting, I don’t think organic food would be more expensive at all—because of the payments that other people have to make from the damage.

GB: Yes, it’s too easy to export the cost to somebody else or defer it to another generation. Let’s return to something you mentioned earlier: Millennials. They seem to be at the top of the mind for many industries, including the building industry.
BF: When my generation grew up, it was pioneering changes to some pretty conservative standards of behavior. I think the Millennials have bought into that wholeheartedly, I think they have a respect for the planet, I think they care about more than just themselves. Through technology that’s available to them, they’re changing the way of communicating and valuing certain aspects. They’re living it, they didn’t have to relearn values and they kind of bought into these values. I think it’s great for all of us.

GB: How do we prevent green-washing? Should authentic green companies be whistle-blowers on their inauthentic competitors?
BF: That’s a tough one. I believe that most of the green-washers are well intentioned, and they are bringing forth benefits that are important. So it’s hard to be totally negative. But in the food industry, the only word that has any force of law to it is “organic.” You have to be careful about who’s authentic and who’s not authentic, because some are just trying to make money off this movement without being sincere or trying to change the world.

GB: In terms of the big picture, how can we remove the movement of sustainability from the polarized political environment?
BF: That’s a tough question. I think we have political stagnation in Washington, in a time where leadership is needed more than ever. We’re taking brinksmanship as the standard operating procedure in Washington, particularly with the economy. Global warming is an opportunity to discuss green energy, yet the Tea Party candidates are doing the exact opposite of what they need to do. But I see resilience in Whole Foods stock, which suggests their consumers aren’t going away. Organic foods are still a priority in the healthy lifestyle, and those businesses that are trying to support the LOHAS consumer will do well.

GB: How do we focus on making progress and keeping the direction forward, as opposed to getting distracted by the negatives?
BF: The best way that I’ve found is authenticity. When you start a business you have a mission. People who set out to make money don’t make money—making money is a byproduct of doing something that you’re passionate about, that you do well, if you stay true to what you believe in and understand the issues. Consumers will recognize when a company makes a really good product, and they will respond to that company or person with brand loyalty. 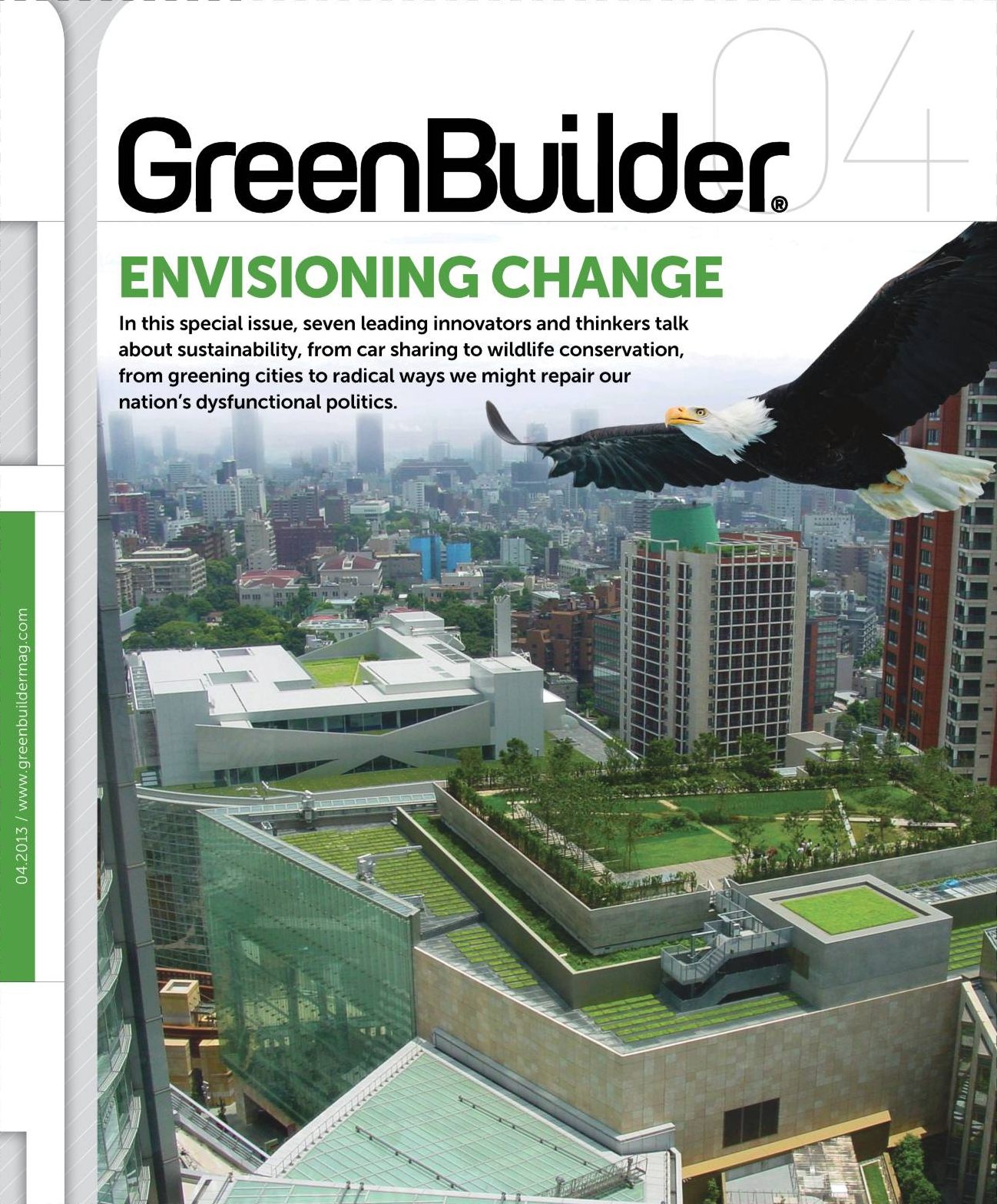 Read this interview and more from our Impact Series.