Mass Extinctions: What is the Value of Life?

The United Nations just released a report confirming that one million essential plant and animal species are on the brink of extinction due to destructive farming practices, excessive hunting activities, carbon emissions, and climate change.  How can we be so complacent about such a colossal loss of life?

Earlier this week, the United Nations released the results of their Global Assessment Report on Biodiversity and Ecosystem Services, compiled by hundreds of international scientists based on thousands of field studies, verifying that “Human actions threaten more species with global extinction now than ever before.” 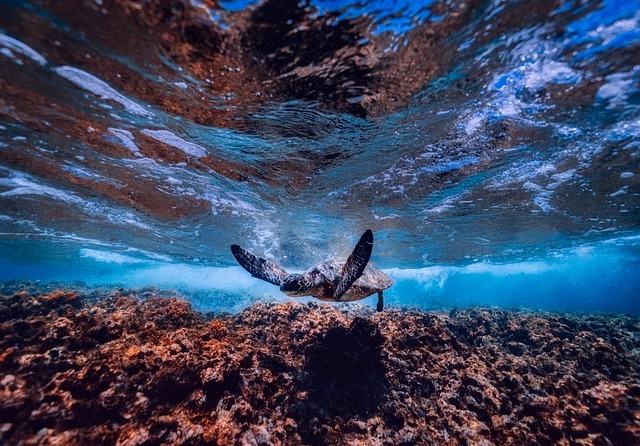 Image by David Mark from Pixabay

The report’s sobering findings substantiate that human activity has transformed the Earth’s natural systems so drastically that as many as one million plant and animal species are on the brink of extinction, including 40% of amphibians, 30% of marine mammals, and 30% of reef-forming corals.

As reported by the New York Times, “In most major land habitats, from the savannas of Africa to the rain forests of South America, the average abundance of native plant and animal life has fallen by 20 percent or more, mainly over the past century. With the human population passing 7 billion, activities like farming, logging, poaching, fishing and mining are altering the natural world at a rate unprecedented in human history.”

This massive decline in biodiversity has catastrophic implications: the fate of humankind is inextricably linked to that of other species, and the vital elements that ensure our very survival, such as food security and access to clean water, cannot exist in a world with failing ecosystems.

In the Americas alone, healthy ecosystems provide an estimated $24 trillion in annual non-monetized benefits to humans—natural services that are critical to our survival such as oxygen production, carbon absorption, nutrient recycling, and pollenization.  As ecosystems deteriorate, these fundamental natural services collapse, undermining our own quality of life.

According to the UN report, our farming practices have degraded nearly 25% of the planet’s land mass, dramatically decreasing overall productivity and forcing farmers to grow more food on less land.  Pesticides have diminished pollinator populations, placing nearly $600 billion in annual crop production at risk.  And the destruction of approximately 85% of the planet’s wetlands puts our access to fresh drinking water in peril.

The report further confirms that there is no time left for incremental action, with isolated efforts to protect individual species or limited habitats.  Rather, it calls for a complete system overhaul, with a mandate to “build biodiversity considerations into trade and infrastructure decisions, the way that health or human rights are built into every aspect of social and economic decision-making.”

Perhaps even more disheartening than the report itself is the unnerving fact that we know how to solve for the problem, beginning with breaking our masochistic addiction to fossil fuels—immediately—and moving quickly towards protecting vast areas of wilderness and marine habitat; ceasing deforestation; implementing regenerative agriculture practices; protecting watersheds and wetlands; electrifying transportation; enacting strict carbon emissions reduction policies; and, ultimately creating a system that carefully balances economic development and ecosystem protection.

The alarm bells are ringing, but the endless cascade of Federal environmental protection policy rollbacks and pro-polluter activities continue, propelling us towards a dangerous precipice.

And with nature vanishing before our very eyes, I can’t help but wonder: how can we be so complacent when it comes to such a massive loss of life?  What would it look like to create a system that values the exquisiteness of life, protecting all forms of life over everything else, rather than trumping it with annual returns and growth at any cost?

It may be too late to avoid an extinction crisis, but let’s hope that innovative minds across the globe can come up with ideas for systematic, transformative change before this crisis turns into a total biological and existential collapse.