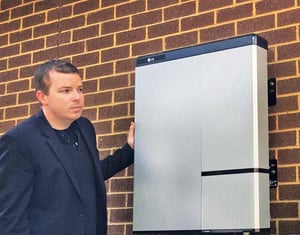 LG Chem has been a player on the solar battery scene for some time now, and its RESU power cell is a major part of the North American market. But the company has upgraded its RESU line with a foray into the high-voltage arena (10H), making it an even greater option in residential energy storage.

The RESO 10H Type R is a powerful player: It utilizes 10kWhr of lithium ion cells rated to 6,000 cycles or more, and the RESU system is modular, allowing multiple battery products to be added to a storage setup if energy demands require it. The batteries are capable of peak shifting for charging during off-peak times and discharge during peak times. And, the batteries can be integrated with renewables, allowing for stabilizing intermittent power by alternating between charging and discharging.