If there is a single, consistent theme that epitomizes the mantra of the homebuilding industry and that its advocates relentlessly roll out, it 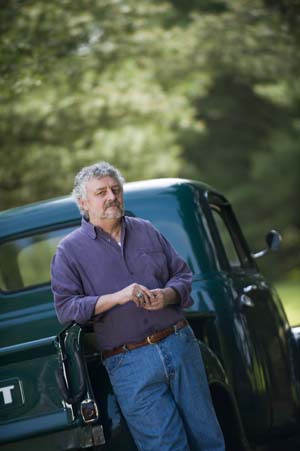 is the absolute opposition to regulations.  In the observation of this 29-year member, the bread and butter of the National Association of Home Builders advocacy efforts is totally dependent on successfully harnessing this resentment of existing regulatory oversight and the fear of additional new rules.  Seems it’s always good to encourage a little hysteria amid the flock.

Enter the Trump administration.  The unbridled celebrations at all levels of the organization following the 2016 elections seemed like they could go on forever, and whenever the new President merely uttered the word “builder”, regardless of context, the moment was hailed and memorialized as if it had been mandated from above.  After all, no one has ever been better at singing to the choir than the man now in the Oval Office.

But since this administration’s official takeover of the executive branch more than a year ago, the bullet train to deregulation has felt a little more like a roller coaster at times.  Suddenly certain verses of the hymns have included some sour notes.

Sure, industries and associations in many sectors were convinced their prayers had been answered when war was openly declared on environmental safeguards, consumer protections and a host of other existing regulations but things started to feel less cozy when sacred cows like the mortgage interest deduction, long believed to be untouchable, came under the ravenous gaze of those bent on helping the administration deliver on its campaign promises of tax cuts.

That’s where the hypocrisy kicks in.  The association claims it is willing to do whatever it takes to reduce, replace or remove regulations and to pursue a balanced policy landscape, unless of course, the rule in question happens to help tilt the playing field in its favor.  An even more ticklish dilemma is manifested when this dream administration implements devices of its own that negatively affect the association’s positions and policies, and its members’ profits.

Take the lumber tariffs that Trump put in place.  Sorry boys, but a tariff by any other name is still a regulation.  And according to NAHB, “Since the beginning of last year, rising lumber prices – primarily as a result of tariffs on Canadian softwood lumber – have increased the price of an average single-family home by more than $7,000.”

Now NAHB is imploring its members to call on the President, as well as congress, to negotiate a new deal that will bring economic relief to all those impacted by his actions.  They even have form letters prepared that builders can sign and forward to Washington without having to think for themselves.  This is not to trivialize the issue, or to suggest that these price increases don’t have serious negative impacts on potential home buyers.  They most certainly do.  But it does seem worth pointing out that, ironically, it appears that the regulatory battles have come full circle.

Curiously though, those carefully wordsmithed pleas are far less bellicose than the war cries hurled at administrations past.  Perhaps it is hoped that the President will again refer to himself as a “builder” sometime soon, an event that would undoubtedly result in spontaneous eruptions of joy in some homebuilding circles.

However, it seems just as likely that continued kissing up to the President will leave one with nothing more than a familiar nasty aftertaste.