How Much Energy Do Cat Doors Waste?

NOT ALL CAT DOORS ARE CREATED EQUAL. Some are rather flimsy, with very little in the way of weatherproofing, others go to great lengths to seal out unwanted air infiltration (and racoon infiltration, in the case of the one shown in the photo!). 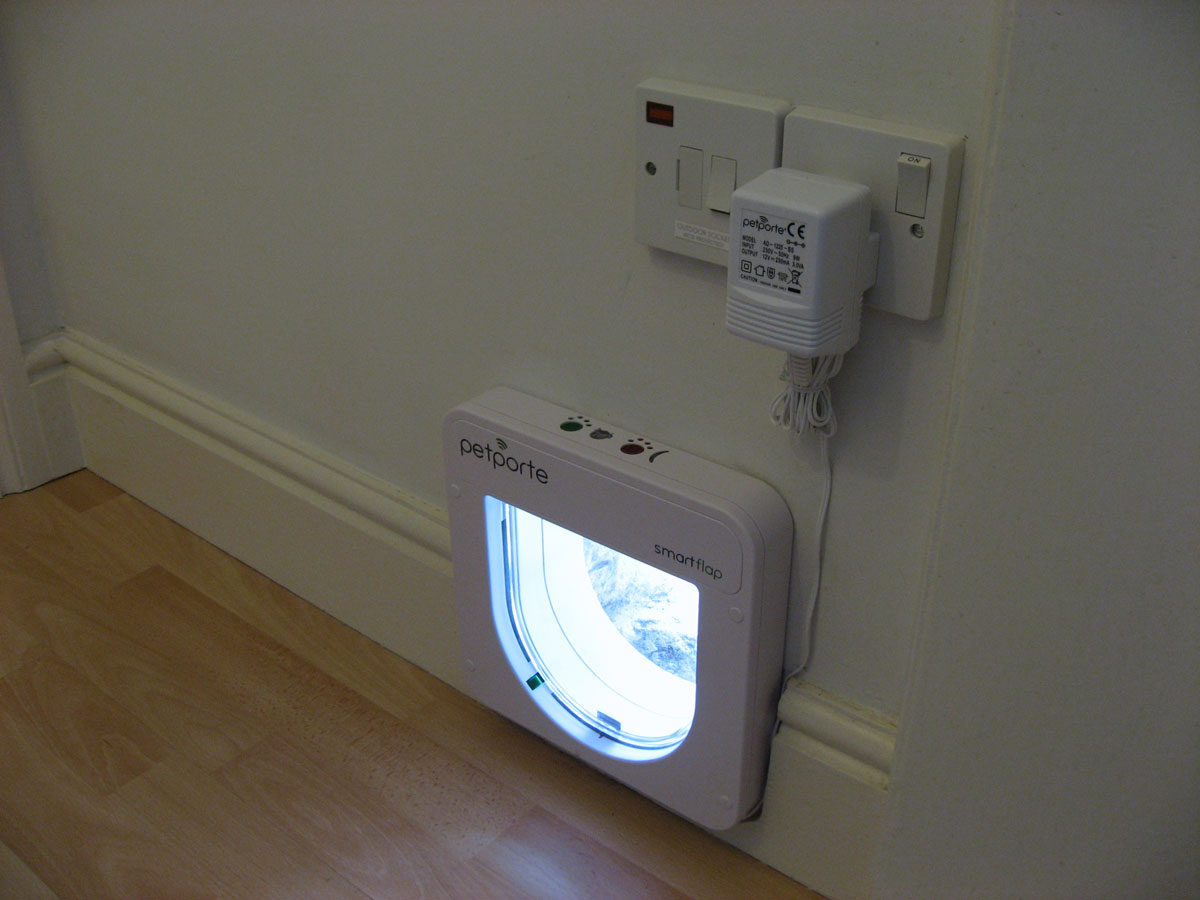 To get an idea how much energy  poorly made cat doors waste, we can refer to standards for household doors.

First, I'm going to throw a short explanation at you from Rocky Mountain Power, a utility company, about how to estimate the heat loss through an open door or window: Don't worry, there's no quiz!

"Air leakage is a function of the temperature difference between the inside and the outside, as well as the size of the door opening. The first thing to do is to estimate the amount of air in cubic feet per minute (CFM) that will be moving through the open d oor at various temperature differences."

Let's skip ahead past the mumbo jumbo. These building science experts offer this handy chart referencing energy loss through an 8x10-ft. opening under specific conditions:

"For an outside temperature from 25°F to 50°F, and assuming a gas rate of approximately $1.20/therm and an 80 percent efficient furnace, the results shown in the table below are reached."

Keep in mind that hot air does not always rise. It's not as dense as cold air, so it's looking for an easy way out of the house. And when it leaves, cold air comes rushing in to take its place.

Maybe it's worth spending a few extra bucks on a cat door that doesn't leak, eh?

The video below from Freedom Pet Pass doors. They make a model that looks pretty impressive, with an emphasis on air sealing.