And as a busy, thriving beloved place to party and dine, whatever happened in remodeling at the El Chorro restaurant, had to be fast, had to preserve the historic buildings, had to bring them into the 21st century and had to be green—a tall order. 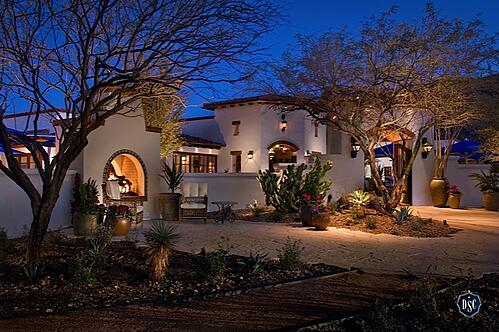 Over its long history, El Chorro Lodge has morphed before from one use to another. It occupies 11 acres in the heart of the Town of Paradise Valley and sits in the shadows of famous Camelback and and iconic Mummy mountains.

El Chorro's past is the romantic legend of an emerging West. Originally developed in 1934 by John C. Lincoln, it was the Judson School for Girls where Lincoln’s daughter Lillian attended. Just three years later, in 1937, Jan and Mark Gruber transformed the school into the El Chorro Lodge and restaurant.

Arizona was a romantic and then remote, luxuriant-desert place to escape. And it was not at all uncommon for the rich and famous to spend the entire winter season luxuriating at desert hideaways. Clark Gable and Milton Berle were among the era’s famous celebrities to spent time at the lodge. Even David Wright, son of the famous architect Frank Lloyd Wright was among its guests.

After the Grubers, Joe Miller (who had started at the lodge as a bartender in 1952) and his wife Evie (who Joe Miller met when she started working at the lodge in 1954) purchased the El Chorro in 1973. Over the years they expanded the restaurant from 70 to 200 seats. In 1990, as the region expanded, the Millers began to keep the restaurant open year around instead of closing it at the end of the winter vacation season. 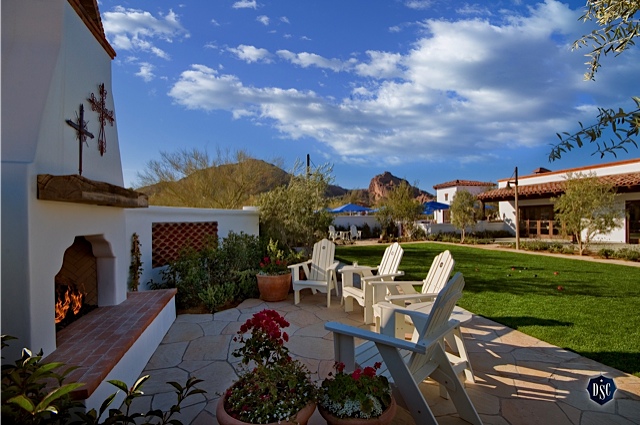 In 2009, there was another changing of the guard when Jacquie Dorrance acquired the property and Kristy Moore and Tim Moore began to operate the historic but now outdated yet busy property.

Renovation was fast, green, historic preservation that brought the beloved place into the 21st century and beyond. Renovation took only five months even though it required some 27 permits.

Scottsdale-based Desert Star Construction renovated with architectural plans from Candelaria Design, Phoenix, Ariz. The team maintained the original building and worked within the original 1930 footprint to increase sustainability in the building design and its operations. They also managed to create new indoor-outdoor dining spaces and open stunning, once-hidden mountain views. 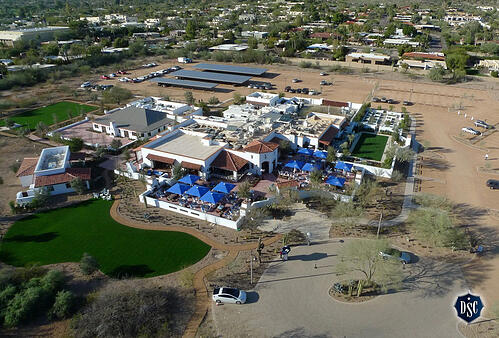 Two closed-loop solar hot water systems heat the water. Three banks totalling 142 kW of solar-PV-panel carports shade cars in the parking lot from Arizona’s scorching sun. The solar carports are 648 REC Group 220 watt panels from REC Solar, the system delivers energy savings equal to more than 5.3 million 100-watt light bulbs.But lighting is not from inefficient incandescents but rather from the most energy-efficient and long-lasting LED lighting, which saves even more energy and contributed to the LEED Gold. 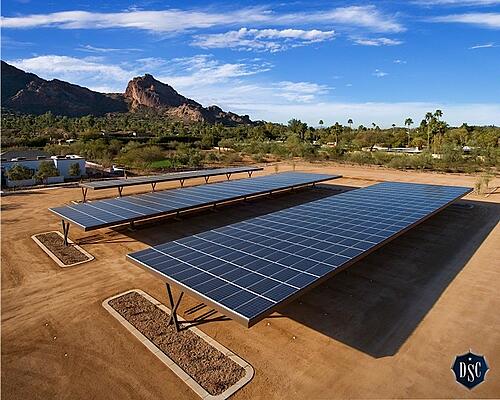 The water heating and PV systems combine to reduce the restaurant’s energy use by more than 50 percent. Recycling was at the forefront of this project: Recycled blue-jean insulation (made of some 840 pairs of jeans) increases energy efficiency in an eco-friendly fashion. More than 75 percent of the materials used in the redesign were salvaged materials, and reused from the original restaurant, including the building’s original beams.

Overall, 83 trees, plants and cacti, and 75% of the building's original materials, including roof tiles, ceiling beams and adobe walls were preserved or reused.

Berghoff Design Group not only preserved much of the existing natural desert and original landscape but also enhanced the environs with its design for the 11-acre site.

Even the interiors by Vallone Design are green. Comfortable booths sport recycled springs and 100% cotton/jute foam cushioning as well as LEED-certified upholstery fabric.

Visitors can see for themselves how the building is performing in real time on touch-screen energy panels in the lobby.