Here’s to a 10-Year Winning Standard

Just about this time of year a decade ago—yes, it really has been 10 years now—the Consensus Committee that had been seated to develop the first draft of the National Green Building Standard (NGBS, also known as ICC 700) and special members of the staff of what was then called the NAHB Research Center (which is now known as the Home Innovation Research Labs [HIRL], which served as the secretariat for the project), submitted the work to the American National Standards Institute (ANSI) for official approval. 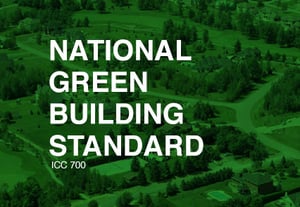 The committee had toiled relentlessly for the better part of two years. The 40 or so members, who represented an impressive cross section of the residential building sector, were guided by the aforementioned professional staff. They hammered out the draft that became an ANSI Standard in near-record time. It was formally announced and released for publication in fall 2009.

I had been given the privilege (some referred to it as the “punishment”) of chairing that committee. Late in the evening of the day we received the good news: I got an email from the man who was, and still is, the president of HIRL. His name is Mike Luzier and he wrote to say that “after putting his children to bed, he planned to enjoy a celebratory glass of single malt, knowing that their future was brighter for our efforts.” He offered his feelings of satisfaction and appreciation for the success we had all been a part of.

After reflecting on that sequence of events, I recently gave him a call and we talked for the better part of an hour. I asked him to assess the current state of the NGBS and describe the evolution of the standard as it has undergone the mandatory review processes and updates in the ensuing years.

He described the standard as having “matured,” and the success of the program and the certifications as “just short of phenomenal.” He pointed to the fact that the entire initiative had been met with extreme skepticism and resistance in some quarters of the industry. There were powerful elements within the home building community who didn’t share our belief that a cost-effective yet rigorous and sophisticated program requiring third-party certification could penetrate the market.

He credited part of the resulting success to the fact that the program features timely response and certification within 24 hours of submittal. But most of it came from the wisdom of Michelle Foster, who heads up the program and was first to recognize that there was a huge market for the certification in the multi-family arena, something most of us had honestly not foreseen.

Today there are almost 175,000 NGBS-certified housing units with thousands more in the pipeline. But perhaps more important than the numbers, I believe the standard helped get sustainability, building performance, resource management, healthy indoor environments and a host of other issues into the mainstream of the ongoing evolutionary dialogue of shelter in this country and around the world.

We still have a very long way to go—most especially in the single-family sector, where change is slow to come and incentives are sometimes vague and elusive. But just like the members of that committee and the determined staff of building champions who helped us reach the finish line, we can all continue to push the boulder up the hill and help dads capture a moment of reassurance that their kids have a chance at a better future after all.