Green Builder Media recently hosted author, environmental expert, and Founder of the Earth Policy Institute, Lester Brown, on our Impact Series webinar program. During the session, Brown relayed a thoroughly researched and powerful message: the world is in a time of transition from an age of food surplus to one of scarcity. 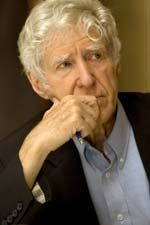 Brown cites three main reasons for the impending food shortages. First and foremost is our out of control population growth. At current birth rates, there are 219,000 additional people expecting dinner every evening that weren’t at the table the night before, resulting in a relentless growth in demand for food. “Until we figure out how to control population growth,” Brown says, “we will continue to remain in a danger zone relative to food demand.”

Increasing use of grain to fuel vehicles is also straining our food supply. 400 million tons of grain are harvested in the U.S. each year. Of that amount, 130 million tons are allocated to ethanol distilleries to produce fuel for cars (the US has the highest level of grain use for transportation in the world). Brown advocates that we need to find new sources of fuel for our vehicles (or, better yet, convert completely to electric vehicles), as using our precious food resource for transportation isn’t an efficient application for an already strained supply.

The increase in global affluence is also dramatically increasing food demand. According to Brown’s research, there is a fourfold difference between the amount of grain that individuals in affluent countries consume on an annual basis versus those in poor countries. The average person in India, for example, consumes approximately 400 pounds of grain annually, and the bulk of grain consumed is in the form of caloric intake (eating of corn, wheat, and rice). In contrast, the average American consumes 1,600 pounds of grain annually, the majority of which is actually consumed “indirectly” to feed livestock that produce items higher up in the food chain—namely meat, milk, and eggs—that are so pivotal to our western diets. As 3 billion people across the globe quickly move up the food chain, the demand for more resource-intensive food items is placing nearly as much pressure our food supply as population growth.

Brown is certain that food prices will continue to rise steadily into the foreseeable future as a consequence of growing demand and tightening supplies. This shift will have the most dramatic affect on low income countries like Nigeria and Peru, where over 20% of all families now plan on having at least one foodless day per week because they cannot afford to put food on the table.

Brown observes that food has already become a topical—and dangerous—political issue. Russia is playing both sides of the game, restricting imports of U.S. and European food and limiting wheat exports as a form of political posturing. The affect of such food export restrictions has been dramatic, causing a panic amongst countries that depend on food imports.

Fearing that they won’t have access to enough food for their ever-growing populations, food importing countries are engaging in a global land grab game of colossal proportions, gobbling up land (mostly in Africa and Latin America) to use for food production (the Chinese government has been the most aggressive player in the land grab game, leasing or buying whatever land they can get their hands on in order to ensure food security for their massive population.) These land grabs are leading to new global dynamics—“food is new oil and land is the new gold,” says Brown.

With technology advancing at hyperspeed, coupled with our sophisticated understanding of crop yield growth, it’s natural to wonder why we’re experiencing such problems on the food front.   Brown cites that China’s extraordinarily rapid move up the food chain is a significant factor. 30 years ago, meat consumption in China was less than that of the US. Today, China’s meat consumption rates are twice ours, and as the Chinese population continues to move up the food chain, the growing demand for resource-intensive foods will continue to tax our food supply.

The more Brown studies global food supply and demand, the more urgent his message becomes—it’s time for us to face the reality of supply side constraints.

The biggest constraint on increasing food production is our diminishing water supply. It takes 1,000 tons of water to produce 1 ton of grain. “Relatively speaking, we drink very little water, but we eat a huge amount of water when producing grain and converting that grain into meat, milk, and eggs,” Brown says. “To address our water issues, we need to move down the food chain and consume more veggies and less animal protein.”

In the Arab Middle East, which is dependent on underground water supplies for irrigation, grain production is nearly halted due to aquifer depletion. These water shortages are causing Arab countries to become more dependent on grain imports year after year.

Saudi Arabia has announced that water shortages will force the country to cease all irrigated agriculture by 2016, making it wholly dependent on imported grain. Yemen is close behind, as are other countries in the region. “There has been no effort to coordinate population control and water policy in these countries,” says Brown. He predicts that, for the first time, we’re going to witness a collision between population growth and falling water tables, and he’s not optimistic about the outcome.

China and India are also over-pumping their aquifers, running their wells dry and putting extreme pressure on food production. The World Bank estimates that 100 million people in India and 130 people in China are fed with grain that is produced by over pumping, a practice that will inevitably exacerbate the impending global water and food deficits.

“Our modern agricultural system evolved over an 11,000-year period of climate stability,” says Brown. “Agriculture is designed to maximize yield based on our historical climate system, but as the climate changes, our agricultural systems will be out of synch. We don’t know exactly what will happen, but we know that water shortages and rising temperatures will lead to a considerable to decline in yield production.”

The rate of soil erosion also concerns Brown. “While soil erosion is not a new problem, we’re experiencing it at a level we’ve never seen before.” Brown suggests that the dust bowls that are currently forming in northwestern China due to overgrazing will make the 1930’s dust bowl conditions in the U.S. look like a walk in the park.

Between the impact of water shortages, climate change, and soil erosion, it’s difficult to imagine that there is any viable solution to food scarcity issues, but Brown advocates that solutions may be simpler and easier to attain that we think.

Next, we have to increase our grain reserves. Brown asserts that 70 days of carryover grain stock is not enough in the face of our changing climate. He advocates for a minimum of 110 day carryover stock in order to ensure our national food security.

His third assertion is in line with what we all already know—we have to cut carbon emissions in order to mitigate rising temperatures, which pose a huge threat to food security. “Cutting carbon emissions can’t wait until 2030 or 2050,” he says. “It has to happen now.” He asserts that innovations in renewable energy, like low cost solar and wind, electric vehicles, and battery storage will facilitate the necessary carbon emissions reductions.

Last, Brown emphasized the importance of population stabilization. While it sounds like a daunting feat, Brown avows that the solution is less complex than we think—“100 million women in world today want to engage in family planning but don’t have access to family planning services.” Brown believes that we could moderate population growth by filling that gap, which would cost the equivalent of a rounding error in defense budget.

While it’s easy to feel overwhelmed at first when listening to Brown’s assessment of our global macro-environmental-socio-economic issues, his simple solutions offer solace and promise that we can, indeed, build a better world.