We are nothing without nature, and extinction does not allow for a do-over.  Which makes the Trump Administration’s proposed rollbacks to the Endangered Species Act particularly devastating—both for the planet and for the human psyche.

The environmental philosopher John Muir said, “The mountains are calling and I must go.  In every walk with nature, one receives far more than he seeks.”

Muir’s words are profoundly true, and never more sadly apropos, as a mass extinction of epic proportions unfolds before our eyes.

The United Nations recently issued a Global Assessment Report on Biodiversity and Ecosystem Services, which confirmed that one million essential plant and animal species—including 40% of amphibians, 30% of marine mammals, and 30% of reef-forming corals—are on the brink of extinction due to destructive farming practices, excessive hunting activities, carbon emissions, and climate change.

From the savannas of Africa to the rainforests of South America, life is falling silent.

The implications of such a massive decline in biodiversity are catastrophic and could lead to the complete collapse of essential ecosystem services that ensure our very survival, such as oxygen production, carbon absorption, nutrient recycling, and pollenization.  In the Americas alone, healthy ecosystems provide an estimated $24 trillion in annual non-monetized benefits to humans.

According to the UN report, our farming practices have degraded nearly 25% of the planet’s land mass, dramatically decreasing overall productivity and forcing farmers to grow more food on less land.  Pesticides have diminished pollinator populations, placing nearly $600 billion in annual crop production at risk.  And the destruction of approximately 85% of the planet’s wetlands puts our access to fresh drinking water in peril.

Rather than calling for a complete system overhaul, which scientists and economists alike assert is the only way out of the calamitous situation, the Trump administration continues to escalate its brutal assault on the environment, propelling us towards a dangerous precipice. 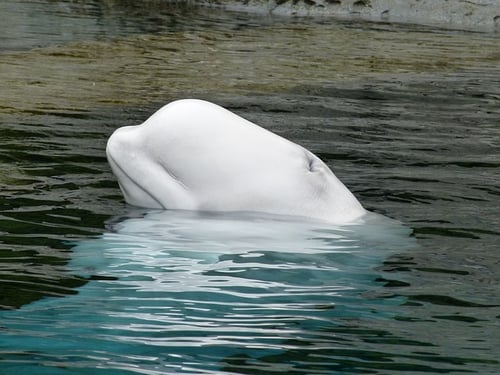 Image by ArtTower from Pixabay

Despite the blaring alarms and obvious warning signs, the Trump administration recently called for changes to the Endangered Species Act (ESA), the nation’s bedrock conservation law.  Codified by Richard Nixon in 1973, the ESA has prevented the disappearance of species such as the bald eagle, grizzly bear, gray wolf, and humpback whale.

The proposed changes would make it harder to protect wildlife from the multi-tiered threat posed by climate change and human development.  The controversial changes limit the ability of regulators to take climate change into consideration when making listing assessments, facilitate the process by which species can be delisted, and weaken protections for threatened species (the classification one step below endangered.)

The new rules also give discretion to regulators when it comes to the timeframe within which determinations about endangered species can be made.  This has far-reaching implications, given that regulators will be able to choose to base decisions on current climate conditions and ignore the impact that more frequent and severe extreme heat, super storms, drought, rising sea levels, and wildfires will have on habitats and ecosystems in the future.

Furthermore, the changes would allow regulators, for the first time since the ESA’s enactment, to conduct economic assessments (for example, revenue lost from the opportunity to exploit protected habitat for mining, drilling or other destructive activities) when deciding whether or not a species warrants protection under the law (the current law requires that all determinations must be based solely on scientific findings, “without reference to possible economic or other impacts of determination.”)

“If we make decisions based on short-term economic costs, we’re going to have a whole lot more extinct species,” asserts Drew Capito, Vice President of litigation for lands, wildlife, and oceans at environmental law firm Earthjustice.  “This effort to gut protections for endangered and threatened species has the same two features of most Trump administration actions: it's a gift to industry, and it's illegal."

The National Association of Homebuilders (NAHB) was quick to jump on the bandwagon, declaring support for the proposed changes within a day of the administration’s announcement, claiming that the “requirements and regulations governing the designation of critical habitat are a positive development for landowners whose projects may impact endangered species or their designated critical habitat. These regulatory changes will streamline the cumbersome and bureaucratic permitting process and allow federal regulators to spend more time on species preservation rather than creating red tape."

The proposed ESA changes are just one more step in Trump’s ridiculous parade of denial, in which he is systematically eliminating the channels and protocols through which scientists can report on the effects of climate change, while simultaneously limiting realistic projections of future impacts (he recently ordered scientists at the U.S. Geological Survey to stop forecasting the effects of climate change past the year 2040 rather than the end of this century, historically the scientific standard, which is expected to yield inaccurate reporting since the majority of the impact will occur after 2050.)

It’s likely that opponents, including environmental groups and state attorneys general, will be quick to pounce on the opportunity to take the administration to court, as they’re currently doing with the Clean Power Plan and other proposed environmental policy rollbacks.  Some Congressional Democrats are even ready to invoke the 1996 Congressional Review Act, empowering them to overturn rules established by Federal agencies to block the proposed changes.

There’s no mystery around Trump’s ultimate goal: to open the door for increased mining, oil and gas drilling, and development in areas where protected species live.  No doubt, the winners will be developers and industry.  The losers: polar bears, whooping cranes, beluga whales, wetlands, and the hearts and souls of those of us who hold dear the sights and sounds of wild, precious, undeniable, and irreplaceable nature.

Interested in learning how we can transition to a sustainable economy?  Join us at the Sustainability Symposium 2020: Improving the Human Condition on January 20, 2020 in Las Vegas.  Click here for more information—we’ll let you know when registration opens!