Drugs in Your Drinking Water Can Be Removed, But that Won't Help Wildlife 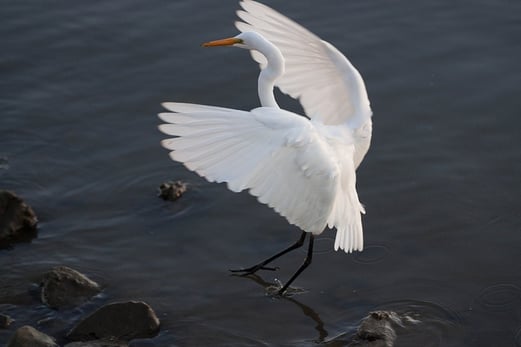 Researchers from the Netherlands told a national conference last week that the problem of pharmaceutical pollution in the world's fresh water is getting worse. As the Guardian explains, "If trends persist, the amount of pharmaceutical effluence leaching into waterways could increase by two-thirds before 2050."

From a human perspective, particularly in the U.S., progress has been made on scrubbing pharmaceuticals from drinking water. A joint U.S. Geological Survey conducted with the EPA compared source and treated waters from 25 drinking-water treatment plants across the United States, and found that " substantially fewer pharmaceuticals were detected in treated water samples than in corresponding source-water samples." In other words, water treatment systems are removing many drugs. A handful of drugs, however, have proven tougher to remove: These include carbamazepine, bupropion, cotinine, lithium and metoprolol.

Analysis of the impact of these drugs on humans has, not surprisingly, been inconclusive. For the most part, the wide spectrum of drugs are found in trace quantities, so it's difficult to make a direct connection with consumption and human health effects. The effects of many of the most common drugs, however, is no mystery. And most of the effects are more negative than positive.

Better wastewater treatment in the U.S. for pharmaceuticals is encouraging from a human health perspective, but it's a tiny portion of global drug pollution from sewage. Many countries have almost no ability to filter out pharmaceuticals, and pollution is growing rapidly, from both human and domestic animal waste.

Let's zero in on just one common pollutant of concern, diclofenac. Consider these stats from the same Guardian article.

"Global consumption of diclofenac tops 2,400 tonnes a year. Several hundred tonnes remain in human waste, and only a small fraction – about 7% – of that is filtered out by treatment plants. Another 20% is absorbed by ecosystems, and the rest go into oceans."

Why worry about diclofenac? Because it's a drug with many effects, most of them unpleasant.

Do we really want ANY trace of this product coming out of our drinking water tap?

Wildlife in particular are suffering from the constant presence of drugs like these in rivers, lakes and oceans. Fish and amphibians are developing with changed sex organs and inhibited ability to reproduce. Other species are being affected in ways both subtle and dramatic, but none of them good.

Scientists say that better treatment technology in wealthier nations won't be enough to contain the growing amount of drugs circulating in world waters. Only a reduction in consumption will do that. In the meantime, small-scale technology does exist that effectively filters pharmaceuticals from human drinking water. Most reverse-osmosis systems, including the one shown (we like this one because it comes with an extra set of filters), can remove almost all traces of unwanted drugs.