Among the thousands of useless whiz-bangs and comfort enhancers, these gadgets raise the sustainability bar.

IN MY THREE DAY SOJOURN through the thundering carnival of CES, a few products and services cut through the clutter to offer real problem solving. Some save energy. Others help seniors stay in their homes longer. Still others prevent damage to homes or optimize entire apartment buildings so they can "talk" to utilities. Some simply encourage more cooking at home. All warrant a second look. 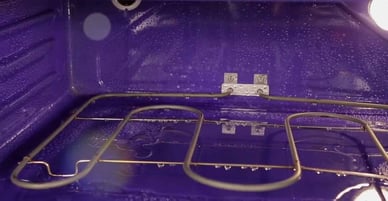 This pick may sound pretty mundane, but it was my favorite innovation at the show. it’s an Easy Clean water-based oven cleaning system from LG that uses low heat and steam to automatically de-funk your oven. It works because of a special baked on enamel used as the oven coating. I zeroed in on this technology because it has measurable impacts on pollution and energy use. Oven cleaners are extremely toxic, and a special risk to kids if stored improperly. At 16 cents/kilowatt for electricity, a three-hour electric self-cleaning cycle for an electric oven costs about 1.10 in energy for each cycle. The Easy Clean system runs at lower heat, for only 20 minutes, so power usage is about one-tenth as high. 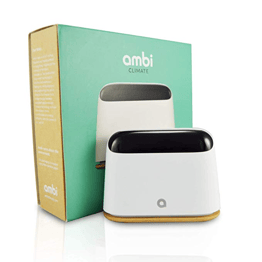 This neat gadget, now in its 2nd iteration, makes air conditioners more efficient, by weighing several comfort factors, rather than temperature alone and finding the optimal balance for human comfort. The inventors claim it saves up to 30 percent on energy usage. It's designed to "learn" from user behavior, something along the lines of the Nest thermostat.  This model works with hundreds of newer air conditioners, but they have to have an LCD remote control to be compatible. From Ambi Climate Labs.

More than it appears (and maybe that's the point), this smart lamp offers a good, simple example of passive assisted living technology. Along with sensor for automatic night lighting, it also detects falls. The device connects to wifi, and can respond to motion sensor alerts in different ways, including notifying  a care facility or family member if there's unusual activity in a room. For example, there might be a lack of motion over an extended period. This device joins many other technologies that offer passive observation of activities in the home, a key to unobtrusive monitoring of elder housing. 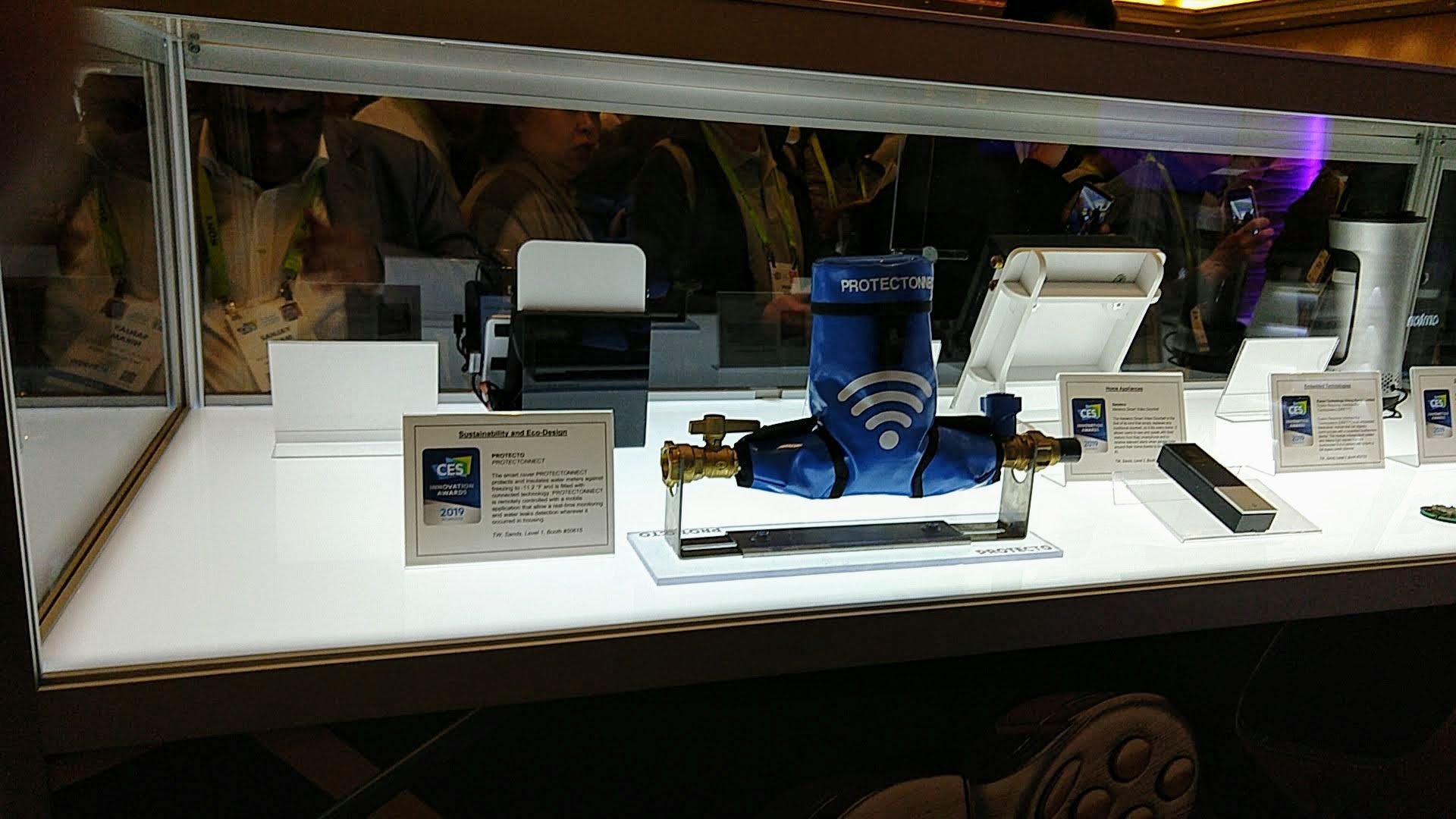 More than a simple, insulated cover for a water meter, Protecto contains smart sensors and a wifi connection. It's intended primarily to keep the meter from freezing--but also to provide early warning about any leaks via SMS to your smartphone. The maker says it should protect the meter from freezing down to abou -22°C, or about -11°F. One size fits most meters. Available from Protectonnect. 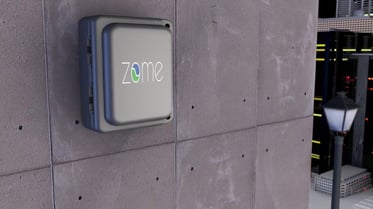 This device makes an apartment building smart without replacing thermostats and other devices.The building can then be operated as a microgrid, in conjunction with local utility.According to the maker: "To install, you place the gateway in a central location in the building. This saves substantially, because most similar technology requires a gateway in every apartment. The device works by balancing power usage with comfort and efficiency, controlling smart thermostats, plugs for air conditioners, water heater power switches and appliances. It monitors outdoor temperatures and energy usage for each apartment and spots opportunities for conservation. The ZOME gateway also can be easily expanded to include control for smart appliances, EV chargers, rooftop solar, and electric batteries."

You may have seen an article by our friend Lloyd Alter at Treehugger, lambasting the concept of putting a touchscreen in the kitchen above a gas range, where it will inevitably get covered in grease and create fire risks for kids. Bosch came to CES with a better idea. It’s called the PAI, and it’s an overhead projector that tracks your hand movements, so you can use it as an emulated touchscreen on virtually any surface, including a birthday cake. Another cool AI feature: throw various foods down under its lens, and it will tell you what recipes contain those leftovers. I've included this "gadget," because I think it offers a way to reduce food waste, and also introduce smartphone-addicted young people to cooking at home. Perhaps if they handle food, rather than simply purchasing it, they might develop a closer connection with the place food comes from.

* As a footnote, a company called Puppy has another version of this technology, but was accused of lacking the “killer app” just a couple of months ago. Apparently, Bosch already had that killer app in the works. 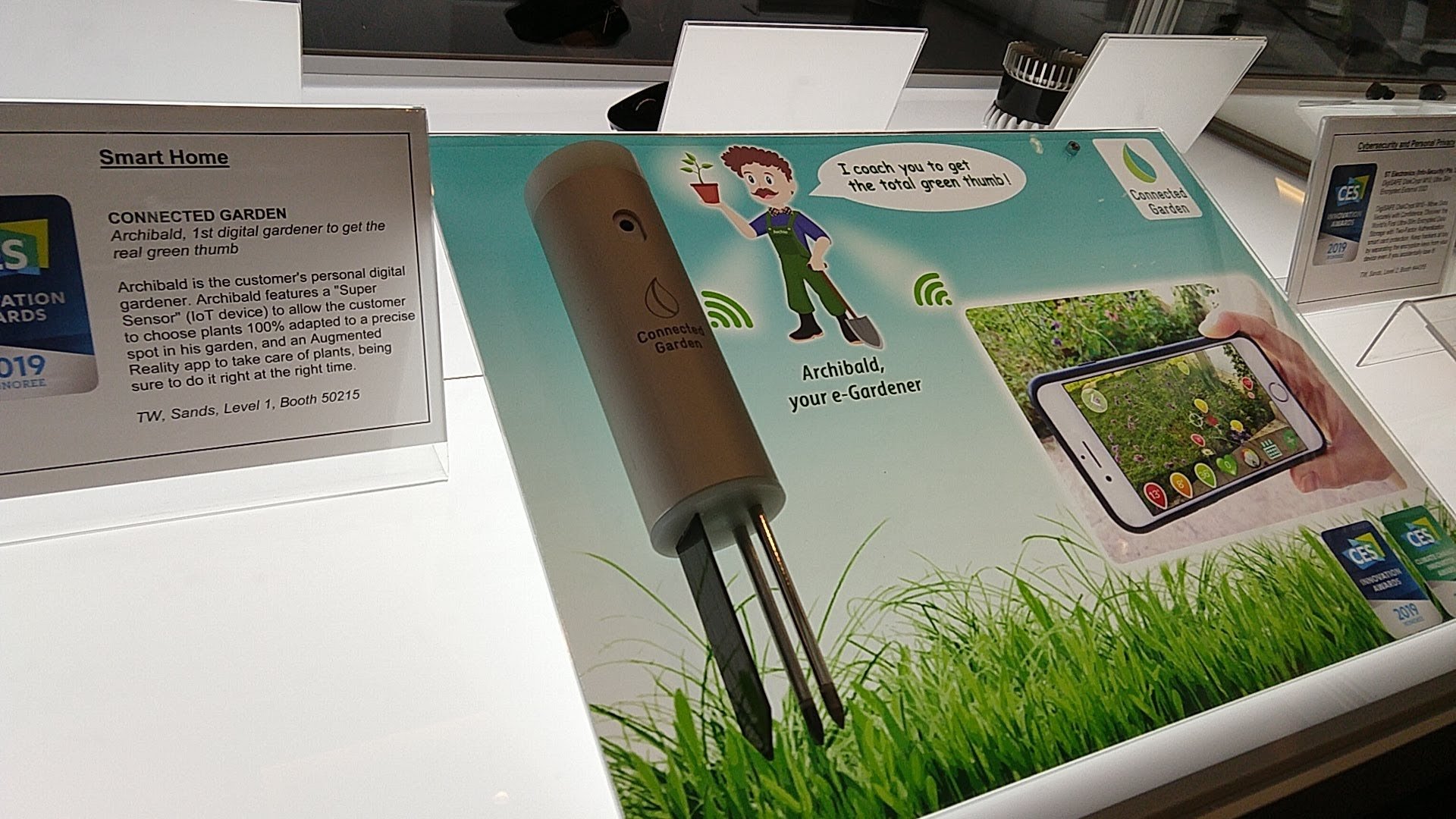 I don't know if this thing actually works. But if it does, it's a welcome new player in the sensor field. Developed in France, Archibald  is akin to the probes sent into space to detect microbes and more in soils. It measures the soil properties in an area, than applies a back-end database to the data, to give you a list of plant species that would thrive in these particular soils. This approach to understanding soils is not unlike the classic book, "Weeds and Why They Grow," by Jay L. McCaman. In that book, the author provides extensive charts of "weeds," along with tables showing what soil constituents each weed prefers. The idea is that if you have a lawn full of Queen Anne's Lace, you probably have a calcium deficiency, and need to add lime. I can imagine testing a piece of blighted urban soils with Archibald, and getting a quick fix on which plant might help bring its soils back to life.

After scouring the show for useful gadgets, I couldn't resist including our own exhibition from this year's show, to the list. The Align Project, which hosted almost 200 international media on day one of the show, introduced net-zero living in a compact, compelling package designed for a crowd that loves novelty and technology. The 360 sq. ft., stackable house is powered with solar PV, and includes advanced water filtration, wildfire-ready siding, motorized, retractable furniture, and super efficient heating and cooling via a Rheem mini-split heat pump. Want one on your lot? It's ready to roll, priced at under $150,000 with everything included. Just provide a slab or shallow frost foundation and have one dropped on your lot, ready to move in within hours. 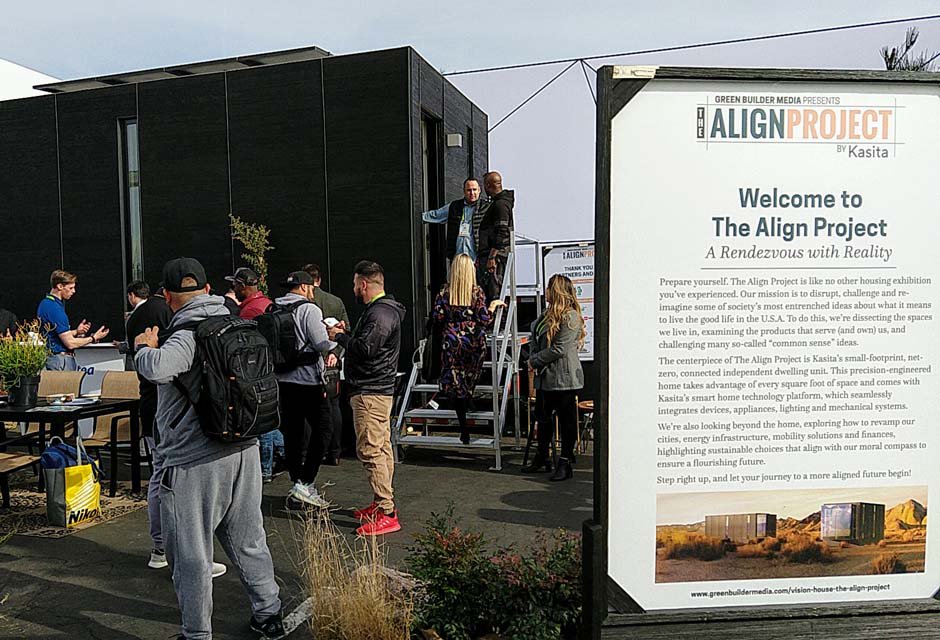