With the passage of the American Recovery and Reinvestment Act of 2009, the Department of Energy (DOE) and their Building America Teams are developing ways to rapidly expand the number of home energy retrofits each year. Such is the case with the ReVISION Vegas home, a 1960’s-styled home that was retrofitted to address energy, water, indoor environment quality, green materials, durability and operations and maintenance. The project explores home performance remodeling, including the “house as a system” model, the use of energy saving and environmentally friendly products and the integration of on-site power systems to achieve a “net zero energy home.” 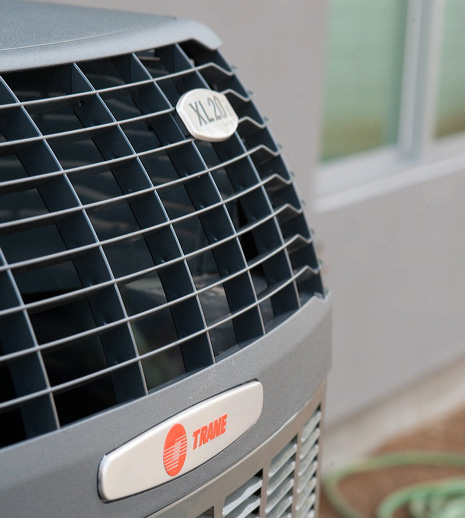 In setting the goal of a net-zero energy home, which uses state-of-the-art, energy-efficient construction techniques and equipment, and renewable energy systems to generate as much energy as the home uses on an annual basis, the first step is to identify all the cumulative energy uses and impose a strategy to reduce those loads as much as possible. For the dominate cooling and heating loads in the hot, dry Las Vegas climate, this amounts to designing and constructing the building thermal envelope, which is the thermal insulation within the building enclosure, to reject much of the summer heat gain, prevent cold weather heat loss, while also keeping the interior conditioned air contained within the dwelling. If not done properly, the home will not be as comfortable and energy costs will be increased. Following these steps is the provision of space-conditioning for the residual loads remaining. Bearing in mind that the thermal envelope does not directly use energy, but the heating and cooling systems do, the aim is to provide the most efficient equipment possible, matched to the reduced loads presented by the high-performing thermal envelope.

The original heating, ventilating and air conditioning (HVAC) equipment for this 50-year-old home has long since disappeared. The pre-retrofit heating and cooling equipment in place at the beginning of the project was two roof-mounted gas furnace/air-conditioning package units serving two separate ducted distribution systems. Total capacity was 120,000 BTU/hr, for heating and 72,000 BTU/hr for cooling. The improvements to the building envelope and subsequent reduction in heating and cooling loads allow the new HVAC system to be down-sized to three tons (36,000 BTU/hr); a 50-percent reduction for cooling and a 75-percent reduction for heating.

After sizing the equipment capacity, the project team investigated options for the type of system to use. Because the home is equipped with a photovoltaic (PV) system which uses solar cells to convert light into electricity, the decision was made to go with an electric air-source heat pump. This allows more of the consumed energy to be generated on-site, and limits the amount of energy required from outside sources. Multiple system configurations were also investigated including ductless and those with traditional ducting. Although it is in many ways an attractive option, a ductless “mini-split” set up was eliminated because of higher initial cost and the need for architectural integration of the multiple fan coil cassettes. The project team also had the advantage of workspace provided by an existing central dropped ceiling area in which to place ducts without affecting the floor plan, so we chose one of the industry’s highest efficiency air conditioners available today, the Trane XL20i heat pump.

The exterior condenser and interior air-handler combination have a combined rating of up to 18.60 SEER (Seasonal Energy Efficiency Ratio) for cooling and 9.0 HSPF (Heating Seasonal Performance Factor).The outdoor condenser unit is variable speed with two-stage cooling and three-stage heating. It has two compressors: one for mild, and one for peak conditions. The Trane 4TEE3C air-handler also has a variable speed fan motor allowing the amount of heating or cooling delivered to the space to better match the actual loads under a full range of conditions. This results in better comfort, more effective dehumidification in the summer, and overall higher energy-efficiency year round.

High-performance, variable-speed equipment needs controls matched to its capabilities. For the ReVISION House, this is accomplished through using Trane’s ComfortLink™ II Communicating System, which allows key operating components to automatically calibrate functions for optimal performance. At the center of this system are Trane’s XL900 digital deluxe programmable thermostat and Charge Assist™. Trane’s Charge Assist is an industry exclusive that features an automatic and accurate self-charging technology that takes the guesswork out of system installation and maintenance.  In additional to typical programmable thermostat functions, the XL900 can monitor interior humidity levels in both summer and winter and adjust operation accordingly.

To accommodate the air-handler, a small mechanical closet was carved out behind the kitchen in the bedroom hall. This provides easy access for servicing and places all the air-distribution equipment in a conditioned space. The duct layout uses a compact configuration with most supply registers well inboard of the exterior walls and most mounted as high wall registers. The superior building envelope strategy and its diminished thermal losses greatly improve comfort and eliminate the need to place conditioned air directly to the building perimeter. A single central return is located at the base of the air handler in the entry hall, with return air paths from the bedrooms provided through door undercuts and transfer grills.

Interior comfort is dependent not only on thermal and relative humidity conditions, but also on the quality of the indoor air. In fact, according to the Environmental Protection Agency, indoor air can be up to four to five times worse than outdoor air. In a region where many people relocate to help alleviate asthma and other respiratory health conditions, providing high levels of indoor air quality is important. To provide healthier, cleaner indoor air, the project team included Trane CleanEffects™, a wholehouse air filtration system that is capable of removing up to 99.98 percent of particles and allergens from the filtered air down to 0.1 microns in size, which is equivalent to 1/1,000th  the diameter of a human hair.

At the beginning of the ReVISION project, the existing home received a full energy audit and building diagnostics survey. The results of that initial study showed the house using 8,691 kilowatt-hours (kWh) of energy for cooling and 8,879 kWh for heating annually. That works out to about $2,300 per year. With the improved building envelope and the far more efficient equipment, those energy uses have been cut to 1,386 kWh for cooling and 1,520 kWh for heating. If we were actually paying for the power instead of generating it on-site, the cost would be about $390 a year, a savings of $1,910, and an 80-percent reduction in energy consumption.