Can Melted Snow Be a Viable Potable Water Source?

The answer to the potable water from snowmelting machines question is "maybe yes."

A GALLON OF WATER WEIGHS 8.34 pounds. A ton of snow melts into about 240 gallons of water. 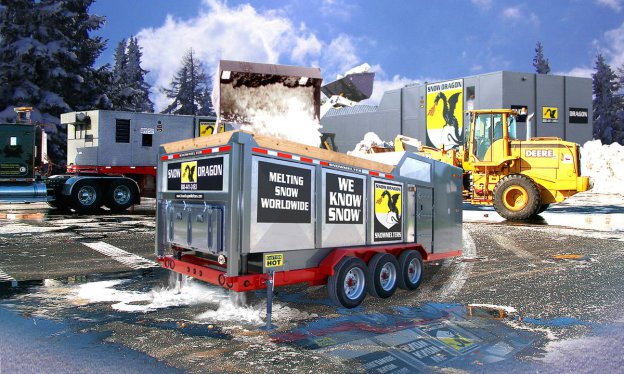 But how clean is that resulting water? A lot depends, of course, on where the snow is captured. An urban parking lot will contain far more toxins, for example, than a typical rural greenfield.

A study at University of Toronto Scarborough (UTSC) of pollutants released from snow melting offers some important,insights. For example, the initial spring thaw may release a burst of harmful chemicals:

Chemist Torsten Meyer at UTSC notes that "one of the main findings is that there is a peak contaminant flush at the very beginning of the melt," he says. With the advent of spring, according to Meyer, comes a deluge of pollution, including "including those from pesticides, car exhaust, telecommunications wiring insulation, water repellent clothing, paints or coatings,"

Torsten's research tends to focus on urban snow, however, or snow accumulated from plowing paved roads, which are subject to automobile-produced pollutants. There's little research on how clean snow in rural settings is, but based on testing of runoff from snow-covered roofs, we can speculate tha this snow would at least contain particulates from any nearby sources of combustion, such as wood stoves or home heating furnaces.

Snow melting companies claim that they turn snow into unpolluted water, because the snowmelting machines have filters that remove pollutants. Even so, the snowmelting machines flush the snow water into storm drains so that the water will be processed through the city treatment plants that will remove more pollutants. We'd like to see some hard data on the purity of the resulting water.

A story on the accuweather Website interviewed Chuck Lantzman, president and CEO of Pittsburgh-based Snow and Ice Management, which removes snow in seven states. 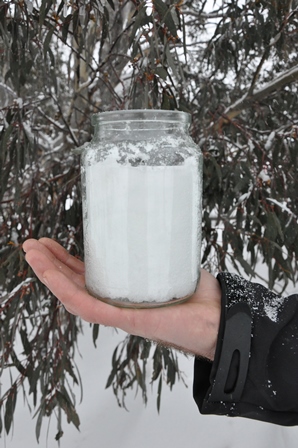 The company owns two Snow Dragon Snowmelters. Each machine’s 9 million BTU per hour heater can melt about 30 tons of snow per hour, according to Lantzman. 30 tons of snow might translate into as much as 7,151 gallons of water under the best of circumstances.

Accuweather quoted Lantzman "It's a newer technology, it helps [with] going green, because everything's filtered, and so you're not dumping pollution."

Multiple filters in the snow melting machines catch oils and debris trapped in the snow. Lantzman typically dumps the pollution-free water into a catch basin.

Boston’s snows have overwhelmed the five snow farms it established to hold snow ploughed from streets -- that snow is dirty snow. It has now brought in snowmelters.

According to an interview on the NPR Here and Now program with Jennifer Binney, director of sales and marketing for Snow Dragon Snowmelters, the machines cost $226,000

The biggest expense, she says is the cost for the 60 gallons of diesel fuel the machines use per hour. “At $5.00 a gallon that’s about $300 an hour to melt the 30 tons of snow," Binney said. If 30 tons of snow makes 7,194 gallons of water, that's at a very rough cost of about 4 cents a gallon (that does not include amortizing the cost of the machine or the cost of bottling). On the other hand, snow must be removed and that's what it is costing to dump it down the drain or in Boston Harbor. If snow removal makes potable water, it seems a shame to waste it. And maybe substituting biofuels for diesel might make an added environmental plus.

Here is a link to Snow and Ice Management, which clears snow in Delaware, Maryland, New Jersey, Ohio, Pennsylvania, Virginia and West Virginia

This link explains the variabilities in the snow to water ratio for campers to use.