Builders aren’t the only ones working sustainable policies into their everyday activities. Cities are also taking part, with creative approaches to eco-challenges ranging from greenhouse gas reduction to building code enforcement. Here are three cities—one small, one mid-sized, one large—that have taken steps to promote sustainability with exceptional organization and passion.

The Village of Wellington is deeply committed to improving sustainability and quality of life for its residents. In 2012 and 2017, Wellington obtained a Gold Standard certification from the Florida Green Building Coalition for its sustainability practices. Since then, sustainability efforts have only increased. 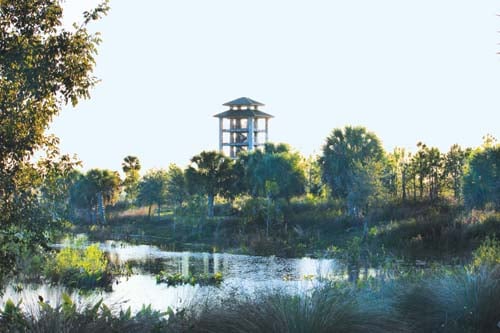 A highlight is the Wellington Environmental Preserve, which is a byproduct of the cooperative efforts among federal, state, regional and local agencies to restore America’s Everglades.

The preserve, a 365-acre rainwater storage area, was built through a partnership between the Village of Wellington and the South Florida Water Management District (SFWMD). It received the “Project of the Year” award from the Palm Beach County Chapter of the American Society of Civil Engineers. The preserve is also used to naturally cleanse storm water runoff of phosphorus from the southern portion of Wellington, through its two-plus miles of combined wetland/marsh areas, littoral shelves and deep water sediment traps prior to its discharge.

The preserve also includes nature trails, seven designated learning centers, a six-story observation tower and a 3.6-mile perimeter trail. Segway tours are offered, and many groups meet to use the trail as a running destination. It is considered a top South Florida destination for bird watching and photography.

Other efforts by the city follow that same philosophy. All governmental buildings constructed since 2012 have been LEED certified, and numerous services and practices have been focused on sustainability efforts. Some of these practices include free electric car-charging stations at municipal-owned facilities, water reclamation for irrigation—which saved more than 200 million gallons of water last year—and an electric vehicle fleet.

Since 2007, the City of Orlando has been working to transform into the most environmentally friendly, socially inclusive and economically vibrant city in America. Through Mayor Buddy Dyer’s Office of Sustainability & Resilience, also known as Green Works Orlando (GWO), the city has become nationally and internationally known for innovative policies and programs that work to achieve the triple-bottom line of sustainability: improve the quality of life and well-being of people, protect the planet and ensure prosperity for all. 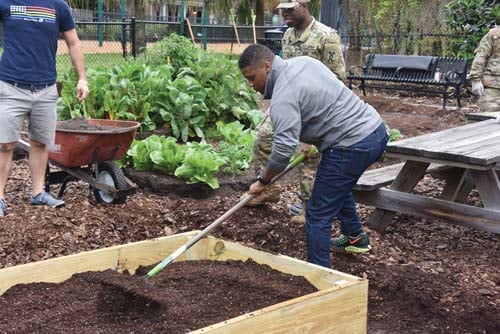 Community gardens and other pro-farming efforts have made Orlando a greener and more sustainably productive city.

The efforts are gaining attention. In 2017, Orlando was recognized as the nation’s most energy-improved city, and ranked 20th for its energy efficiency policy and programs on the American Council for an Energy Efficient Economy (ACEEE) City Scorecard.

Castro says it’s all a matter of prioritizing as to what’s most important. “We are working to make sustainability a culture of innovation in Orlando, and positioning us to become a model city in the 21st century,” he notes. “But the ultimate beneficiaries of our work will be our children and grandchildren. Working together, we can make a cleaner, greener and better Orlando for generations to come.”

Greenhouse gas emissions are a huge threat to the planet’s health, and New York City unintentionally does its share because of its massive building stock: CityLab places the number at 1.1 million buildings, all of which emit CO2. City officials estimate that 75 percent of its greenhouse gas comes from those structures.

The New York City Department of Buildings (DOB) is tasked with cutting that number down. Since 2013, DOB’s team of plan examiners has worked to enforce the city’s efforts toward carbon emissions reduction.

“Before 2013, the energy code compliance program was in its infancy,” says Gina Bocra, the city’s chief sustainability officer. “[The examiners] were the only line of defense when it came to energy consumption in our buildings.” 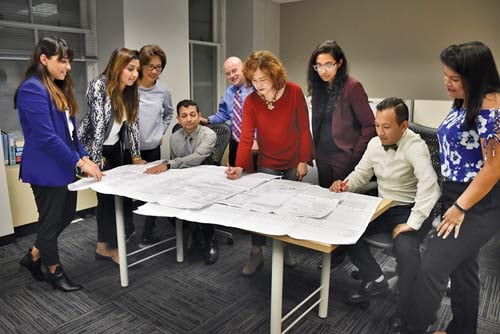 In the past half decade, the DOB has implemented numerous programs designed to help the city make program on its climate change goals. Those efforts include:

Whereas most municipalities do not actively enforce such codes or laws, the New York City DOB is setting the pace on regulation of energy usage, according to Bocra. “Each of these programs has taken innovation to get it off the ground [and] to create the procedures and resources, with the team using ingenuity to adapt and apply what they could learn from other units at DOB to these new programs,” she says. “The team has overcome the challenges in creating new programs and moving them to successful operations through collaboration, teamwork, dedication and passion.”