When Stewart and Linda Herman bought what would become known as the Minneapolis Net Zero Victorian, their goals were simple: Preserve and enhance the traditional character of the now 111-year-old home, and seamlessly reach net-zero-energy living in their retirement without sacrificing any modern conveniences. 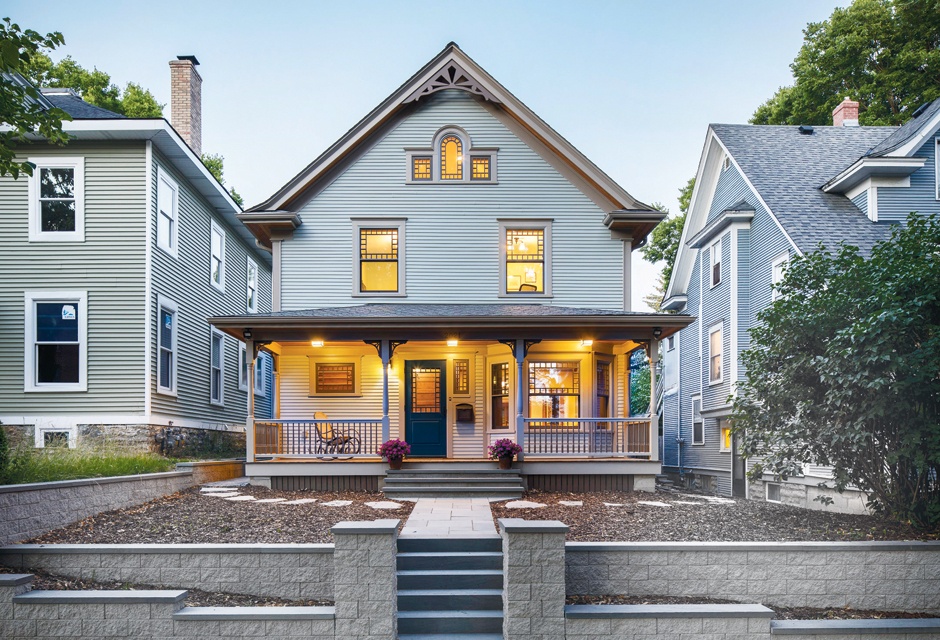 According to SALA Architects Senior Associate Marc Sloot, the project’s architect, the Hermans—a pair of retiring college professors—wanted their passion for education and the environment to carry over to this massive rebuild. “Seeing the effects of global warming, and the huge number of aging houses that need improvement, [they] wanted to set an example for net-zero remodeling,” Sloot says. 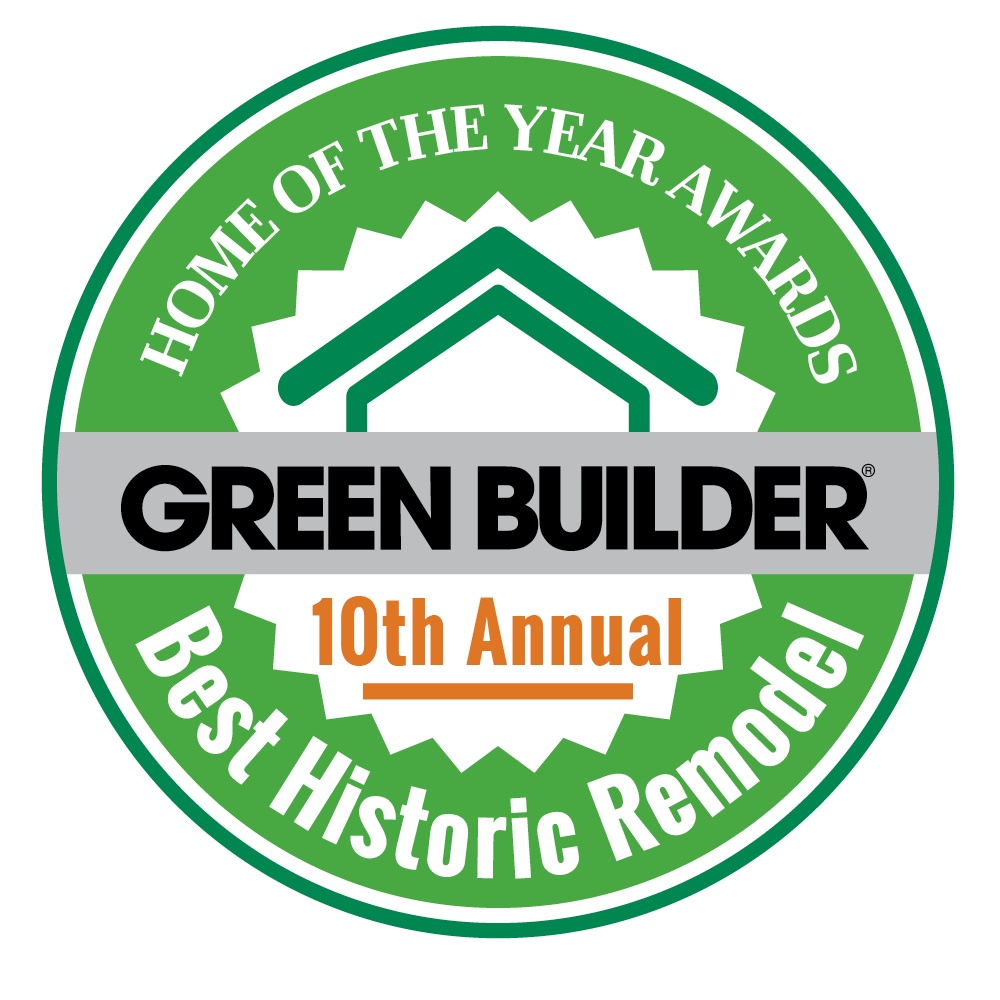 After spending their careers living in the Fargo region, the Hermans wanted a home in a dense residential Twin Cities neighborhood that would make for a challenging remodel. Finding that house was relatively easy: a bank foreclosure, built in 1907, on a tight 40-by-120 lot with a number of poorly designed additions by a previous owner.

Although the house was filled with what Sloot likes to call “remuddled” efforts, “it was a house that had some good bones and a real charm to it,” he notes. “We could tell it had a really great potential.”

The home had a long south-facing wall, which ordinarily should have made it a match for passive solar benefits. But the project’s tiny lot resulted in only a 15-foot wall-to-wall clearance from neighboring homes. Because of that housing density and existing trees,  “We knew passive solar was out of the picture here,” Sloot says. “So to get it to net zero, we had to try really hard to reduce energy consumption as much as possible primarily from the performance of the structure and systems in the house.  Luckily the roof of the house was high enough and the garage roof also had good solar exposure to allow for enough electricity production from the roof mounted photovoltaic panels to offset our reduced consumption and reach net zero. 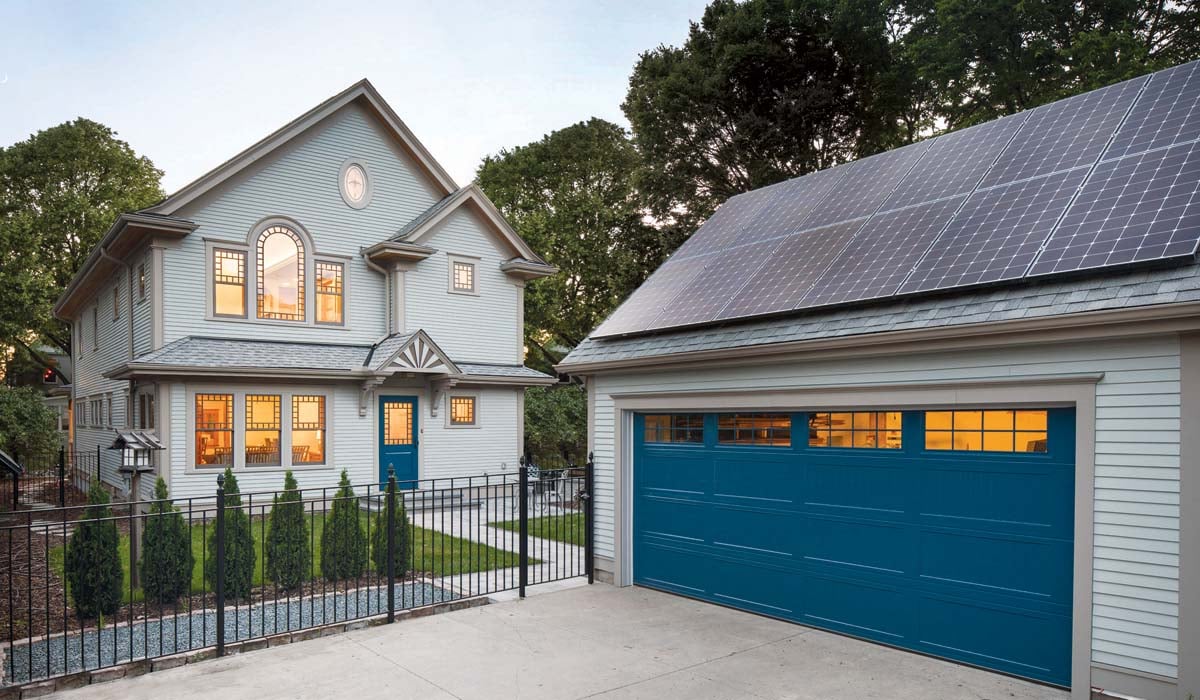 Structural difficulties started with the roof, which had been “remuddled” in 2005. The previous owners extended it by 15 feet, but not in a good way. “Instead of having the new roof seamlessly match the original roof, the pitch of it was off by about 15 degrees, and it was down a few inches,” Sloot notes. “There was a few inches of transition between the old and new roof. Can you imagine putting shingles on a roof like that? They just rolled the shingles down over that edge.”

The remuddling continued. The interior, which also held mold and moisture within the walls, simply wasn’t engaging, Sloot says. “You’ve got the original house with its classic trim and windows, and the addition’s got a big box store look—the cheapest stuff you could find. Things like that took away from the appearance and functionality of the house.” 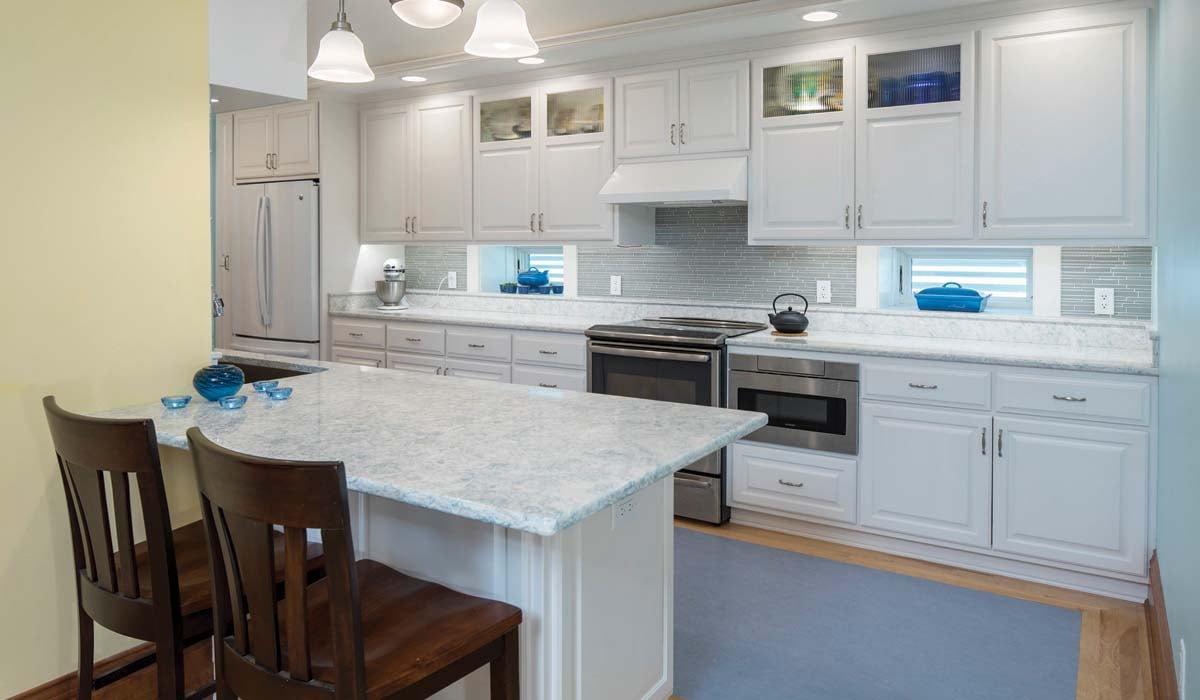 The floors were a basically a replay of the roof. “You go from the existing house on the first floor, to the floor where the addition comes on, and it steps down 3/4 of an inch,” Sloot describes. “Again, why would you do that?” 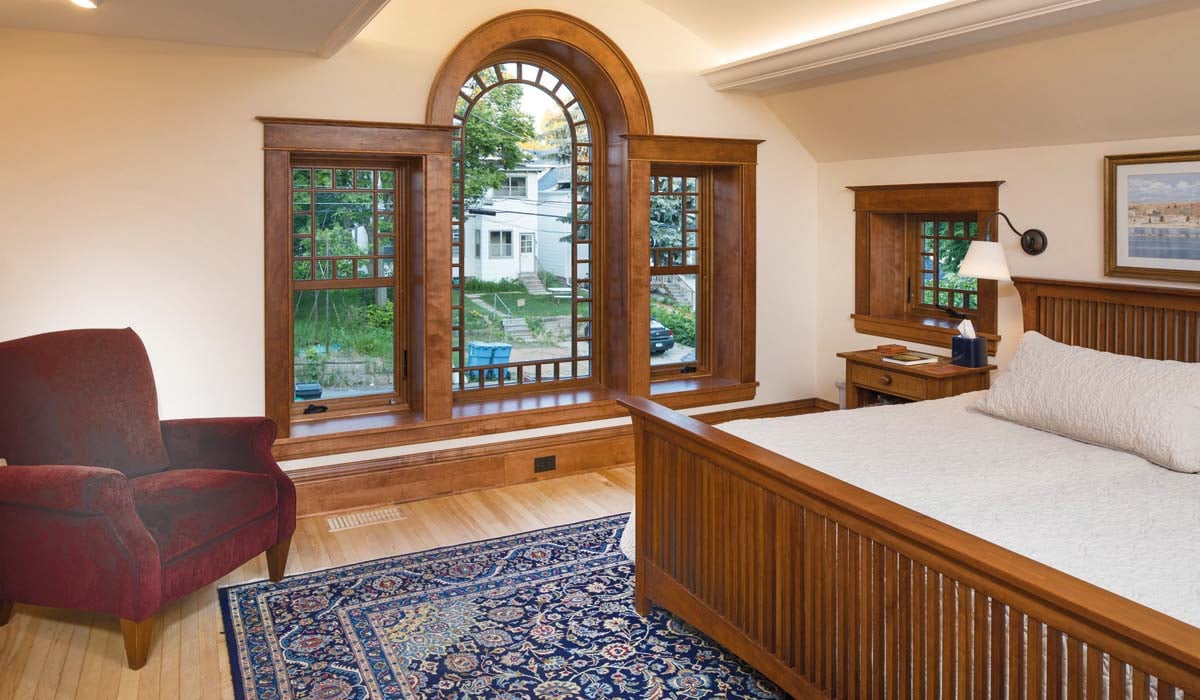 Ditto on the upper level, where “you go from the existing part to the new, and there’s a six-inch step up, because they wanted to use different sized lumber that was probably cheaper,” Sloot says.

“Some of those things we could easily fix. In some cases, we had to strip it down to the studs and start from scratch,” Sloot says. “For other ones, we had to get creative in how we designed around them.” 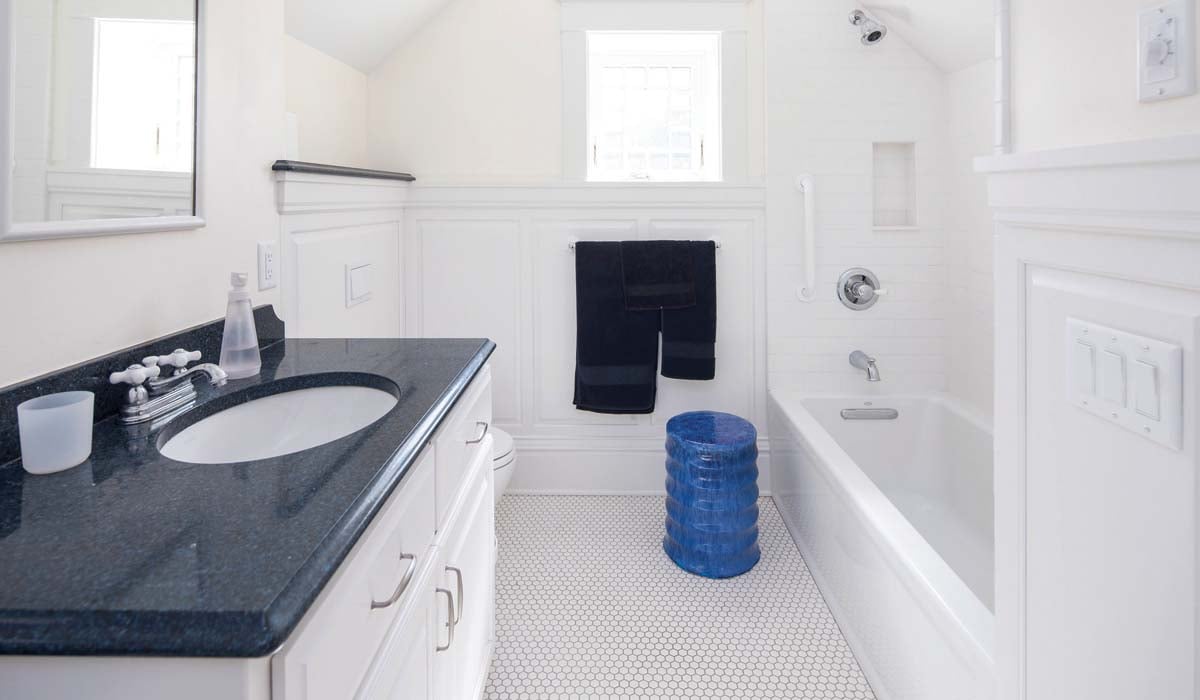 An example is the insulation used for the foundation. The lot’s narrow clearance from neighboring properties made using conventional installation equipment like a back hoe impossible. Instead, remodelers relied upon surgical excavation, in which a five-inch trench is hydro-vacuumed next to the foundation. The trench is then refilled with about two inches of expanded polystyrene (EPS) insulation.

Builders also overcame the effect of a cold, wet Minnesota winter upon the usual self-adhesive membrane used with outdoor insulation. The team chose 3M’s Air and Vapor Barrier, which proved pliable, thinner and workable in really cold weather. “We went into this expecting to use a more common form,” Sloot says. “But the way the schedule played out, we were having to do a lot of the work during the winter. We had to find a product with a different membrane that would work.” 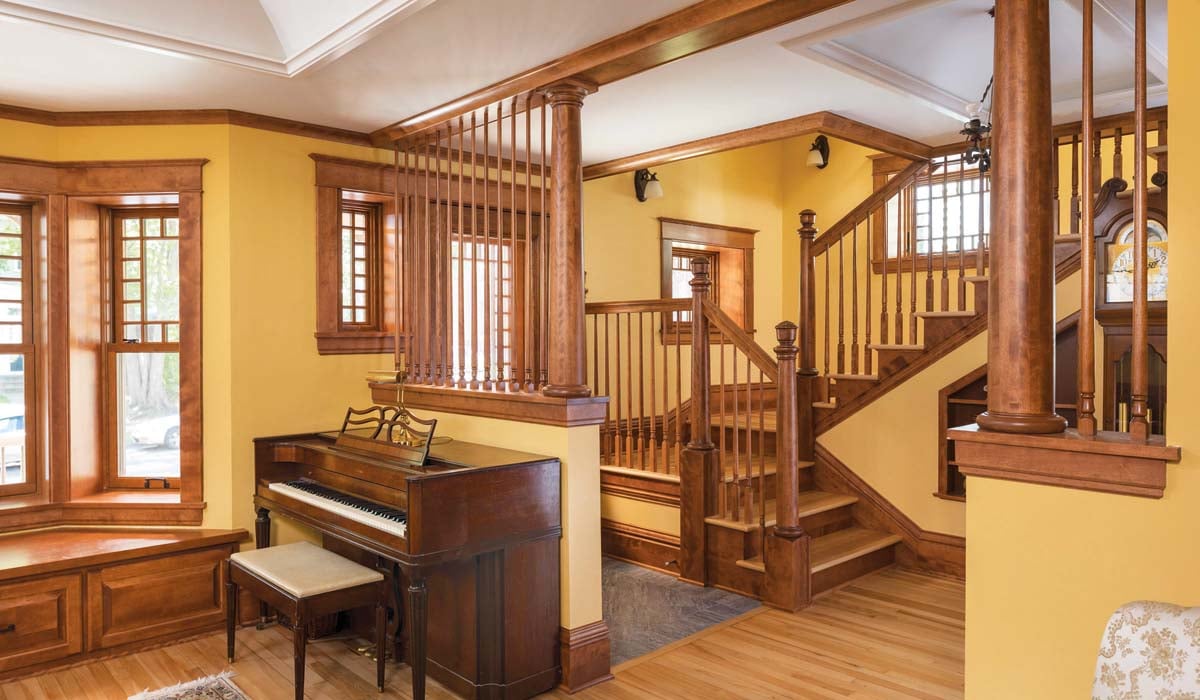 The Minnesota Net Zero Victorian is a certified Zero Energy Building with the Living Futures Institute and performs at net positive energy, according to Sloot. In its first year of occupation, the house has produced 17,000 kWh while using only 12,000 kWh. Regarding holistic Green Building Certifications, it has achieved the highest GreenStar Level of Gold. They are also seeking LEED Platinum Level, and MN Green Path Master Level. The home’s HERS Index score is -9.

Since the project’s completion in 2016, the Hermans have eagerly shared their experience through architectural tours. More than 1,600 people have visited the home for ideas on how they could move their residences closer to net zero. “People are able to monitor how the house performed,” Sloot says. “It’s one thing if it looks great on paper, but you need to see it work in real life.”