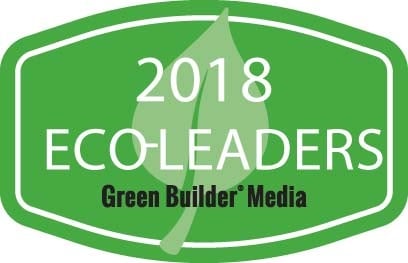 Established in 2007, CarbonCure is headquartered in Dartmouth, Nova Scotia, where it manufactures its retrofit technology. The company’s technology—an affordable retrofit to existing concrete plants that recycles waste carbon dioxide to make stronger, more environmentally friendly products—is installed in more than 90 facilities across the United States and Canada. 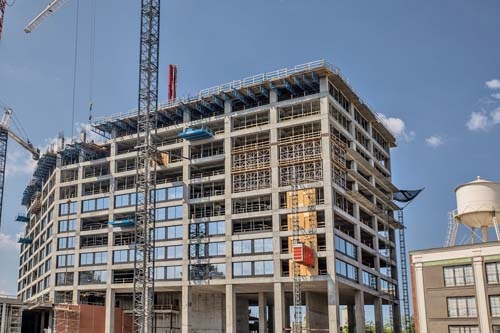 CarbonCure’s recycled carbon dioxide technology keeps millions of pounds of CO2 out of the atmosphere and incorporated instead into structures like the 725 Ponce building in Atlanta.

CarbonCure’s largest single impact on the built environment to date occurred at 725 Ponce, a 360,000-square-foot commercial building in Atlanta designed by architectural firm Cooper Carry, Inc. In this project, CarbonCure’s partner Thomas Concrete used the CarbonCure Technology to recycle CO2 into 48,000 cubic yards of ready mix concrete.
Concrete is the most abundant man-made material in the world. But cement, the critical ingredient that gives concrete its strength, is responsible for up to 7 percent of the world’s CO2 emissions.

In collaboration with structural engineering firm Uzun+Case and general contractor Brasfield & Gorrie, Thomas Concrete optimized the concrete delivered to this construction project for enhanced performance and sustainability. As a result of this collaborative effort, theCarbonCure Technology enabled a carbon footprint reduction of 1.5 million pounds of CO2. This is equivalent to the amount of CO2 sequestered by an acre of forestland over 800 years.

CarbonCure Technology has been used to reduce the carbon footprint of notable developments, including MGM National Harbor in the Washington, D.C., area. Since the launch of its ready mix application in 2015, the CarbonCure Technology has been used in more than 1 million cubic yards of concrete supplied to construction projects across North America, resulting in more than 20 million pounds of CO2 saved.